Is there any summer treat more iconic than ice cream in a cone? Ice cream has always come in a variety of flavors and now the cone is getting it’s day! From the Cookie Cone, to Churro cones, to bubble cones and now the pie crust cone! 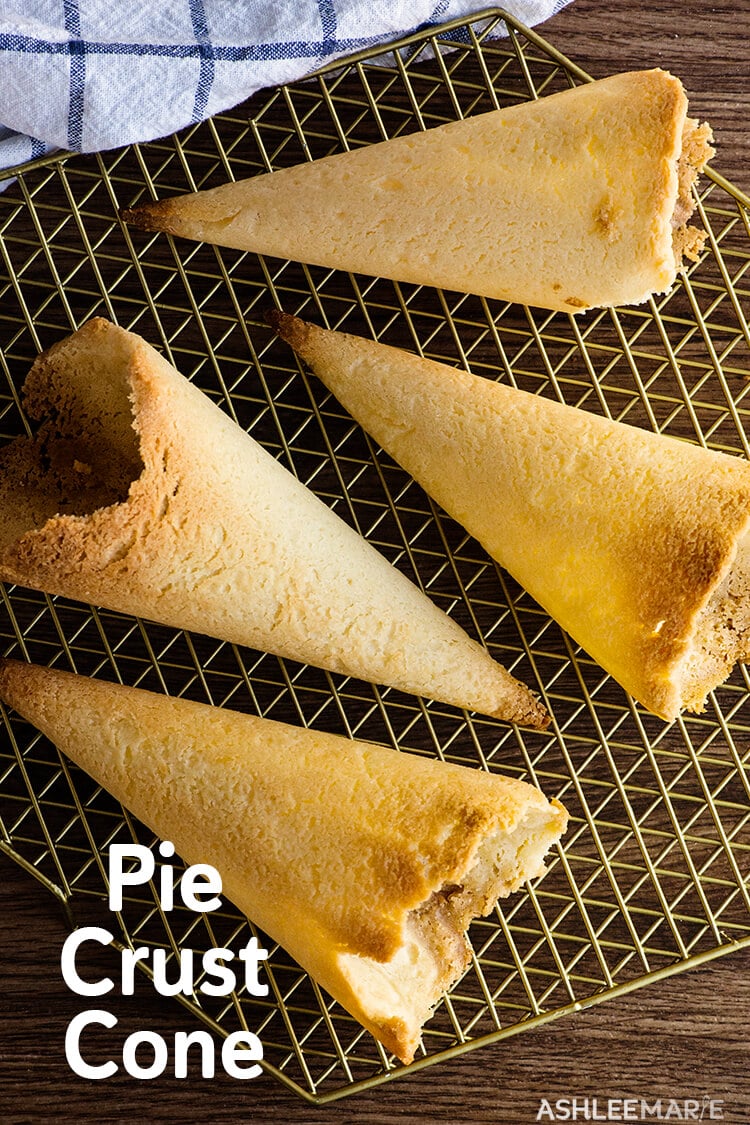 Why I wanted to make an pie crust ice cream cone

After making my chocolate chip cookie cone and loving how fun that was I started thinking about other items that I could turn into a cone.

I was making my pumpkin pie ice cream and baking a flat pie crust to cut up and use as shards with the ice cream when inspiration hit! Could I turn a pie crust into a cone the way I did with the cookies!

So I experimented with a few ways and finally hit on one that worked!

At first I tried to do it the same way – bake it flat and then while it was warm roll it up. But it didn’t work, just cracked and cracked, every time.

Then I tried wrapping it around a waffle cone (with foil around it) and baking it that way – it was closer – but it kinds melted off a little.  So one more try, doing it around the cone but adding a layer of parchment paper around it to help hold the dough in place – and it worked!

It’s  not perfect, it still gets a little thin on top and a little flat on the bottom – some kind of turning rotisserie would work best – but obviously that’s not something most homes have – so this works for now!

If you’d rather skip my tips and tricks for pie crust recipes and how to turn them into ice cream cones, along with links to other ice cream recipes and get straight to this delicious ice cream cone – simply scroll to the bottom of the page where you can find the printable recipe card. 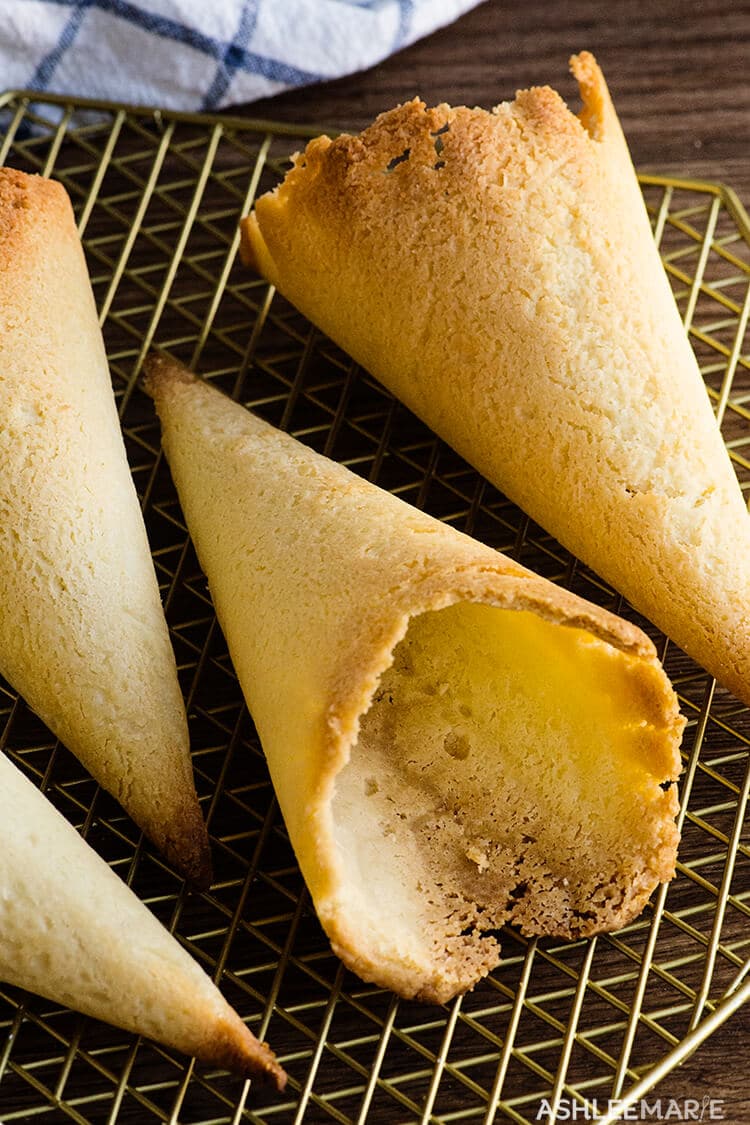 I tried all my pie rust recipes and this is the one I felt was the sturdiest and strongest and best to use for a pie crust.  A flaky crust, while great for a pie, doesn’t work well as it breaks much easier

You can, of course, try it with any pie crust, but the smoother better mixed dough will work much better than a flaky dough with layers of butter/shortening in it.

When wrapping the foil around the waffle cone for shaping try to get it as smooth and flat as possible  – the more crinkles the harder it is to slide out later.

Same thing with the parchment paper – keep it as tight and as smooth as you can for the best results.

Let the cones cool still on the waffle cone form and still wrapped in parchment to avoid breaking.  once they are completely cool then unwrap and slide out the form.

The waffle cones inside are actually still okay to eat, but occasionally I had to break one to get it out without breaking the pie crust cone – so something to be aware of.

I tried metal cone shapes from amazon but they were just way too small, I’ll keep looking cause it would be nice to have something perfectly smooth for baking and then later sliding out!

I made really large cones for the blog post and video but then none of my kids could finish them, they were way too large – I recommend making much smaller cones!

Finally they are still easy to break (something you want in a pie crust) so as you add the ice cream be careful not to be too rough and risk breaking the cone. 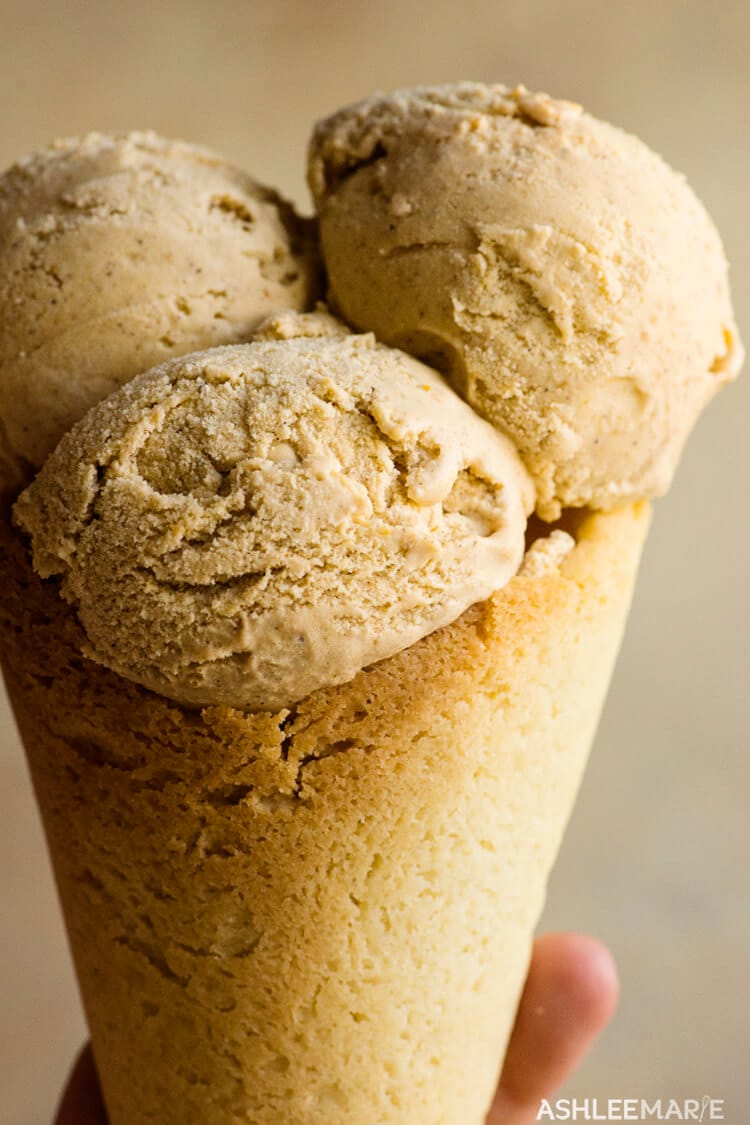 If you love these ice cream cone recipes as much as I do, I’d love a 5 star review. Be sure to share on social media and tag me if you make it @ashleemariecakes! If you want to stay updated on new recipes sign up for my newsletter and join my Facebook Group! 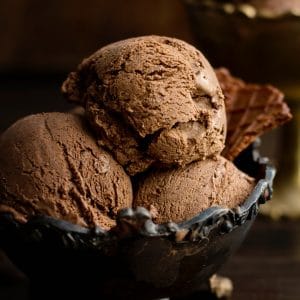 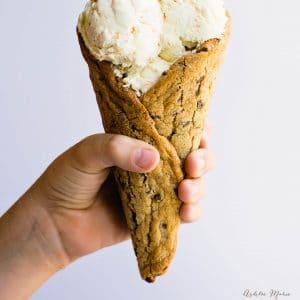 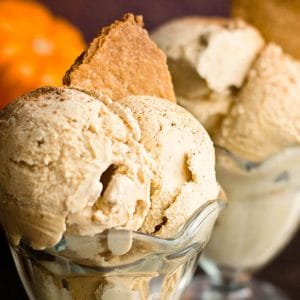 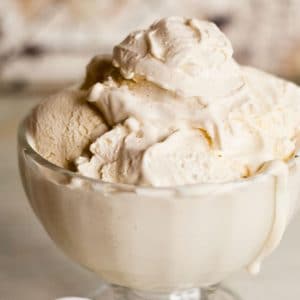 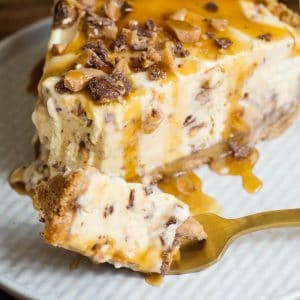 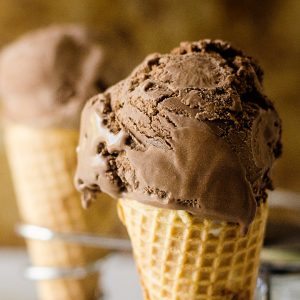 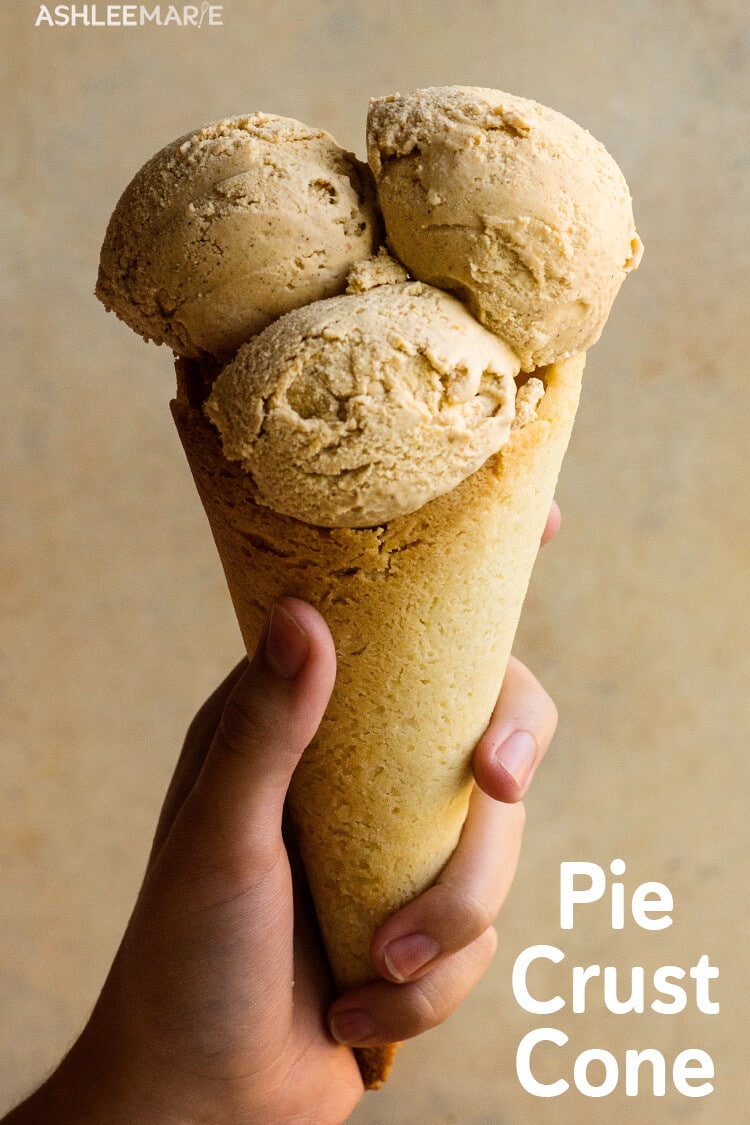 To watch me make this pie crust recipe into an ice cream cone play the video in the recipe card (if you’re on desktop, it should be auto playing for you). You can find all my cooking show style recipe videos on YouTube, or my short recipe videos on Facebook Watch, or my Facebook Page, or right here on our website with their corresponding recipes. 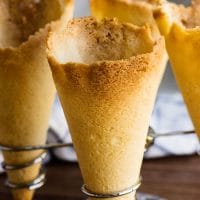 With such a variety of ice cream recipes, it is only fitting that the cones should vary too! Try this delicious pie crust cone with pumpkin ice cream, or any other flavor that strikes your fancy. You're sure to love it!
No ratings yet
Print Pin Rate
Prep Time: 15 minutes
Cook Time: 25 minutes
Chill Time: 15 minutes
Total Time: 55 minutes
Servings: 8 pie crusts cones
Calories: 434kcal
Author: Ashlee Marie
Prevent your screen from going dark