UPDATE: – there is a much better and updated mason jar cake tutorial HERE

I had planned on taking the summer off from making cakes, but then I just got some of the most AMAZING orders I just couldn’t say no to!  This cake was no exception!  When the darling Kristen Duke called and asked if I could make a Mason Jar shaped birthday cake I was SOOO excited to do it! 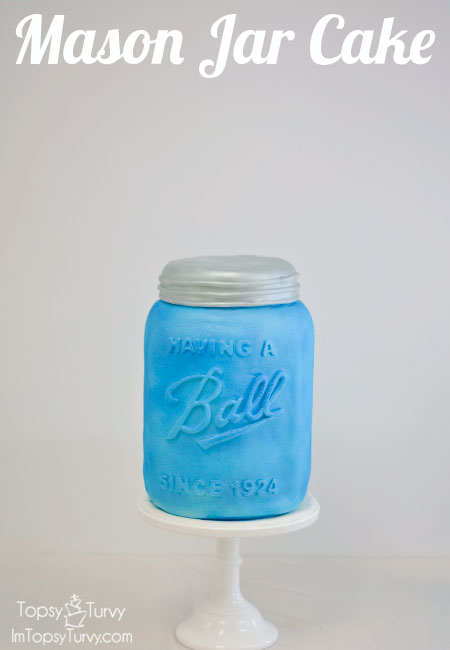 It was for her grandparents 90th birthday party (see the party here). It is an adorable party, their last name is Ball so the mason jar theme was such a cute idea! I love all the fun turquoise jars they used, for the invitations, decorations and more. 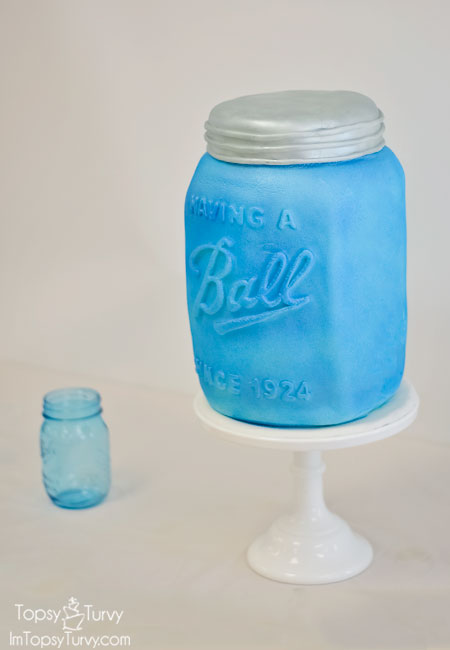 So when she called about the cake we debated a few sizes.  We used the 3 inch by 5 inch jars as a base. And turned it into an 8 inch by just over 13 inches tall!  CRAZY!  It’s basically a three tiered cake, with each teir the same size.  I stacked three 4.5 inch cakes right on top of each other and then carved the base (I used a 6 inch circle base) and the top- creating a lid. 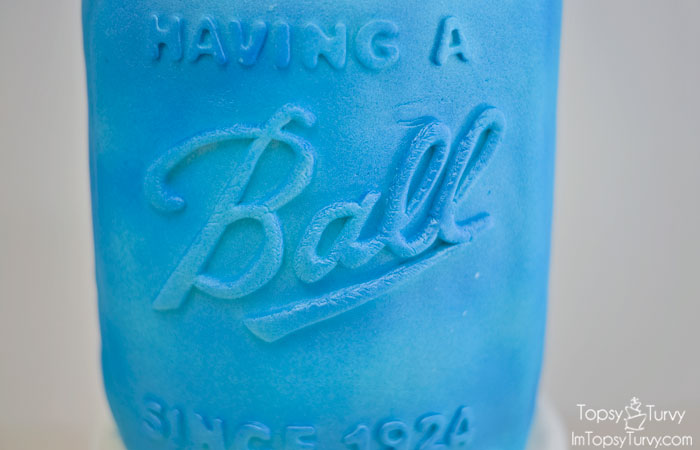 Then I covered the carved cake with ganache.  Not jars aren’t perfectly round, they are a bit squarish, so I added some extgra ganache to shape it.  Then I covered the entire cake with white fondant.  I added a hand cut “ball” and cut the other lettering.  I added fondant around the lid in a swirl and base to create a lid. 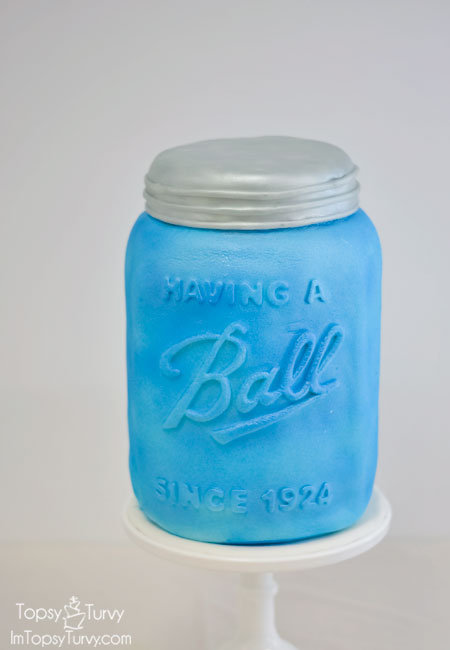