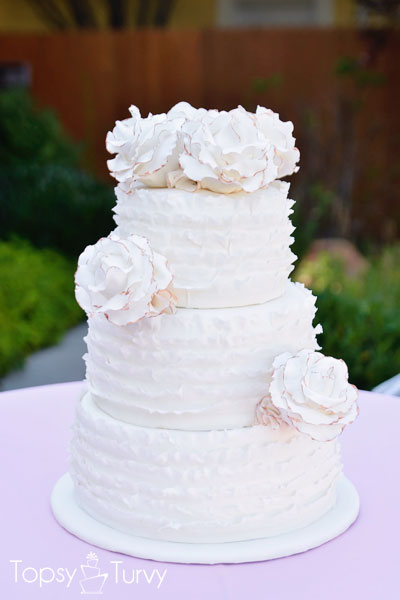 This is actually a repeat of the wedding cake I did a few months ago!  I usually don’t agree to do repeats, BUT the bride was a relative of a relative and I didn’t want to say no.  Happily this reception was outside and earlier in the day so I got much better pictures! 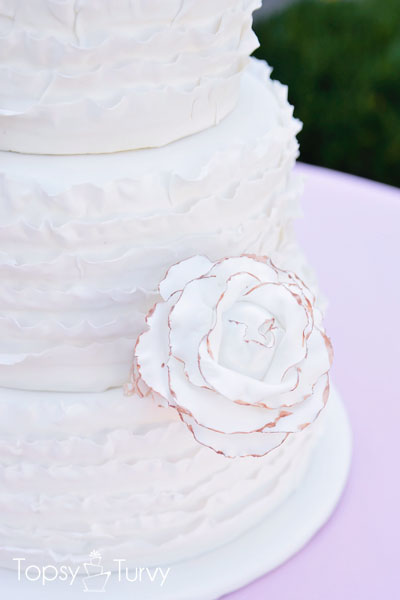 She even wanted the same bronze edging on the roses.  The good news is that the cake came together much faster the second time around! 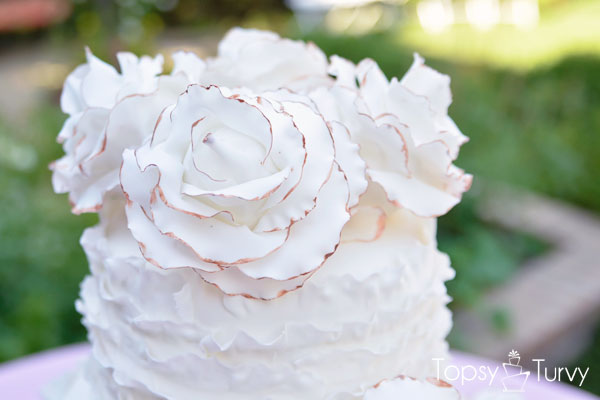 This was actually a smaller cake so the roses look even LARGER than they did before! 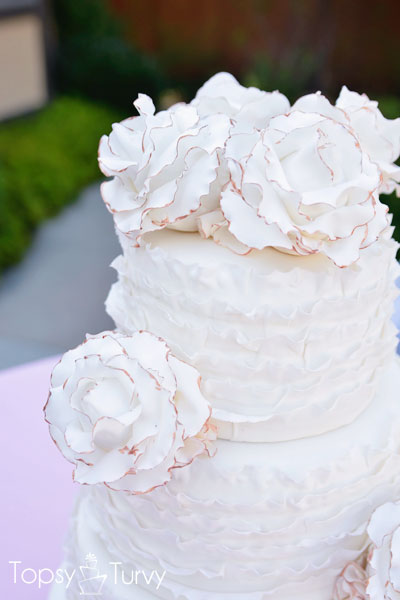 I was afraid the ones on the side would look TOO large this time around, but I think they ended up looking really pretty. 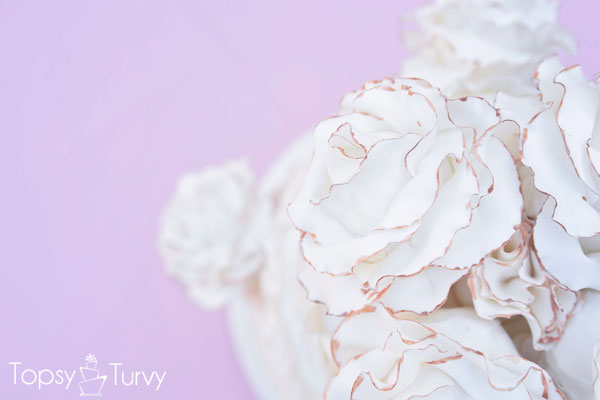 The bride had a topper on a dowel she wanted to stick in the top so I left the center empty, but it ended up breaking just before the reception, so I filled the space with extra ruffled petals. 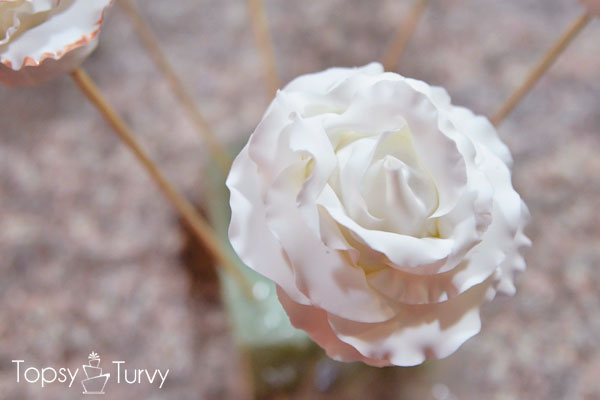 I thought I’d share more details on the extra large roses!  First you create the large roses, because of drying time you want to start them a few days early, and every few hours you can add another petal! 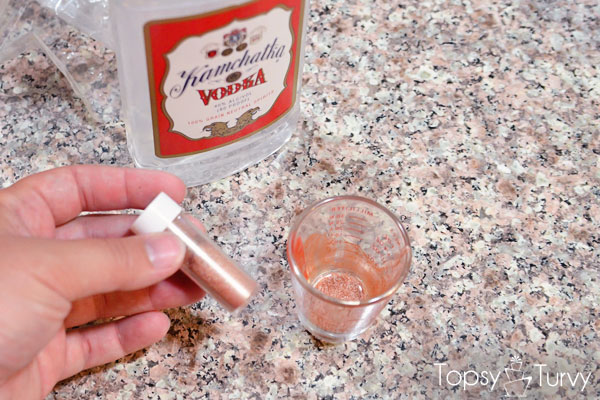 Now to create the paint!  I like to use vodka, but if you have a problem with vodka use clear vanilla (I make my homemade vanilla by soaking vanilla beans in vodka for 6 months, and since vodka is cheaper than clear vanilla I’m happy to use it).  Now take the edible luster dust in the color of your choice and mix them together to create an edible paint! 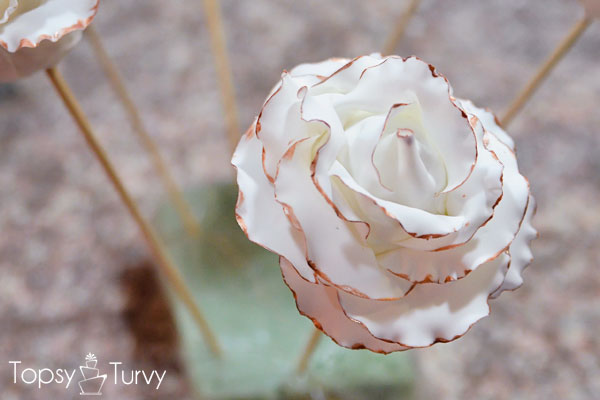 Using a small thin brush I paint all the edges to bring out the details…  I like the roses both way, pure white and edged…  Which way do you like it better?