So I’ve done a few cakes lately, but nothing really out of the ordinary until now, my 3 year old’s birthday cake. It was SO much fun to do, there was so much detail that went into the cake, I had a blast making it. I actually started the extra stuff 5 days before. The ladder, sides, ropes, barrel, wheel and cannon balls… I also made poles, a flag, sails and a crows nest out of fondant, but here in the Humid south they never dried all the way (too thick) and broke when I tried to use them. 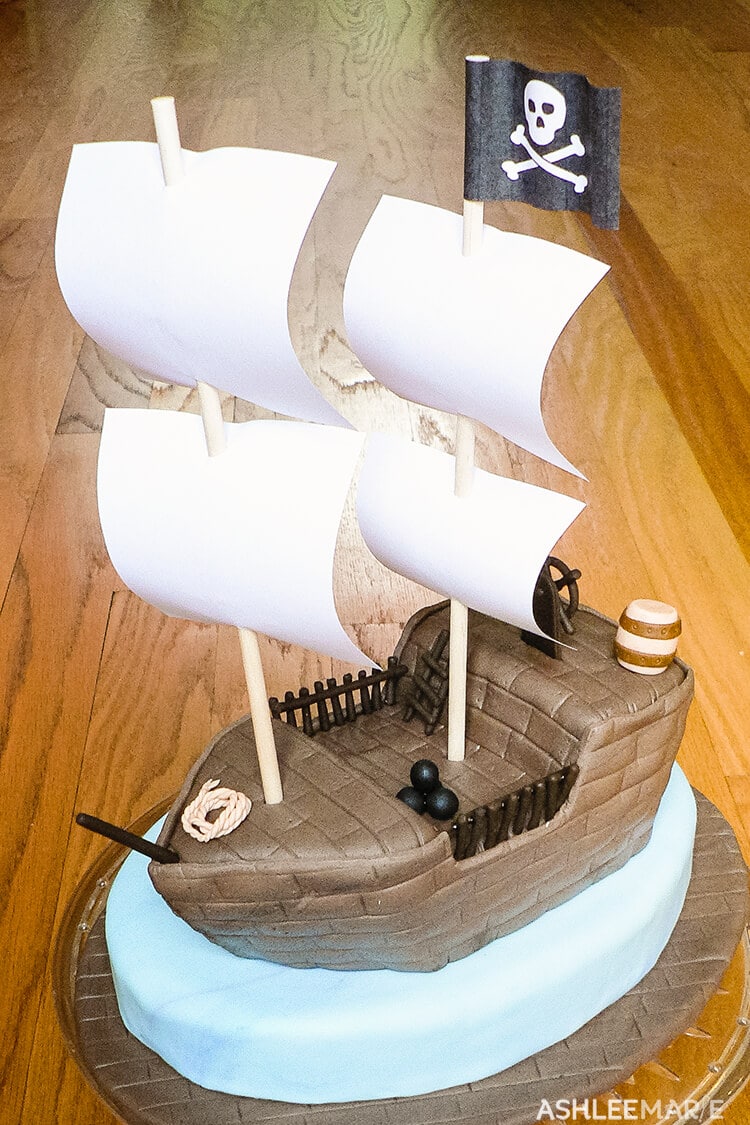 You can’t really see very well, but there is wooden plank detail work on the ship and the cake base (you can click on the picture for a larger image). And I also wrote D.A. on the side of the cake (it stands for Destroying Angel, a nickname) and wrote “Cap’n ____” on the water. And I added 3 black candles sticking out of the side for cannon’s and that is what he blew out. I experimented and created chocolate marshmallow fondant for the ship. It worked out well, and tasted nice too! It was a huge hit, everyone loved it and I was pleased! 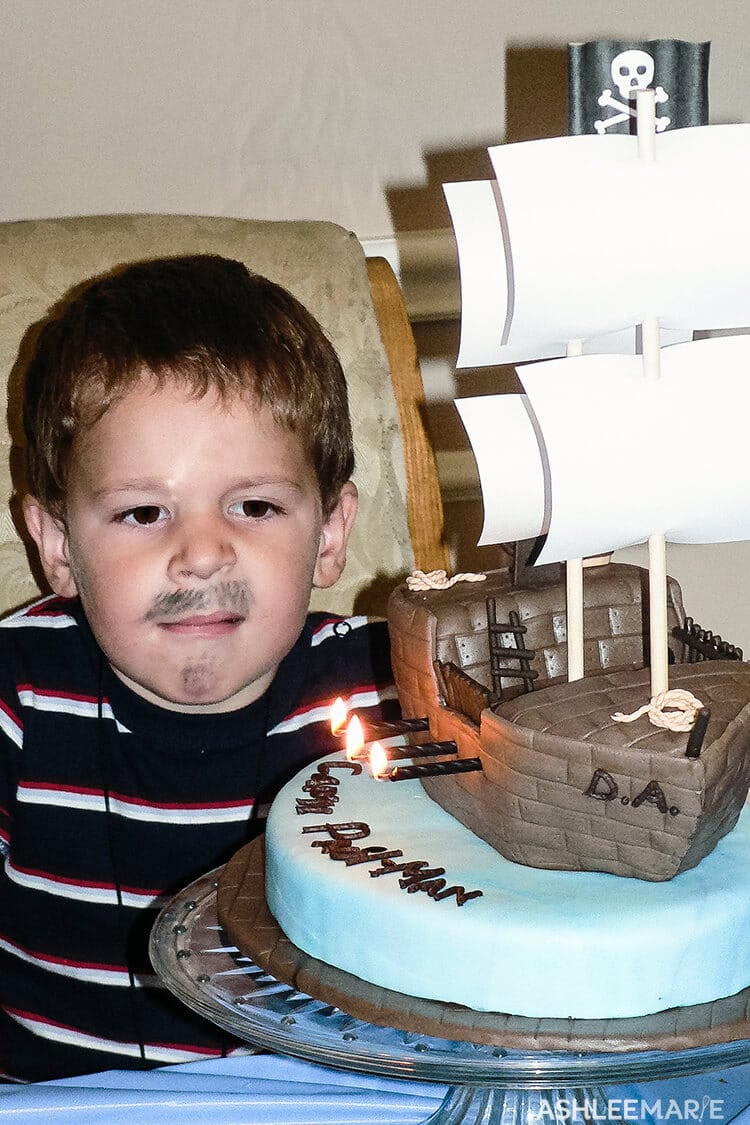 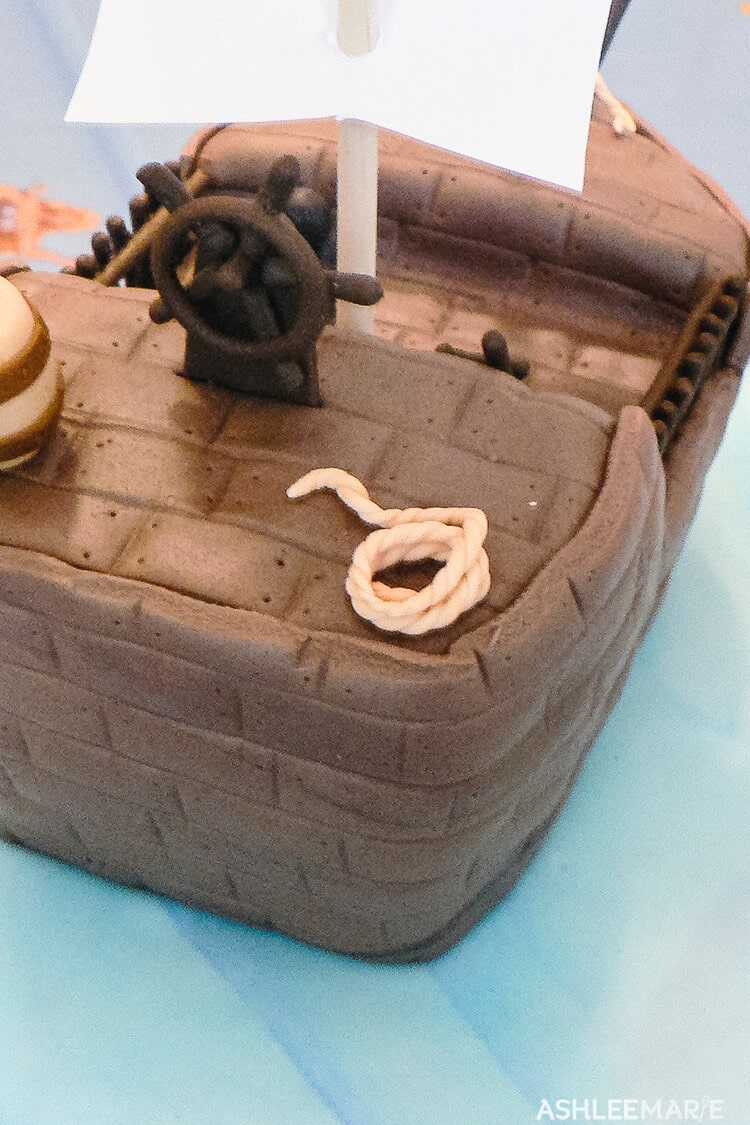