I love getting a challenge, my Cousin called and asked if I could make a Nine Inch Nails cake for her husband’s birthday this year.  She said, “do whatever” which is fun, but hard, too much possibilities. so I asked her some questions to get the ideas flowing and she started talking about the “Light Show” concert they attended this year and how great the stage was. 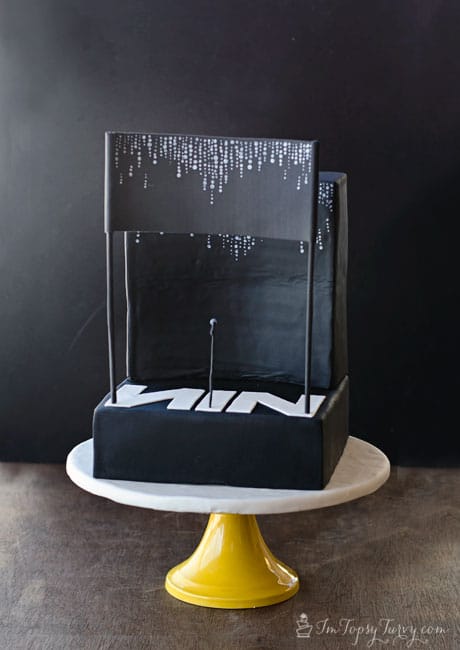 So I started looking up images from the concert. Concert pictures are TOUGH because it’s dark, often foggy, or super bright!  GAH! BUT it seemed like they had a curved backdrop that’s covered in lights and curved light panel that moves up and down.  So I decided to do a stage. 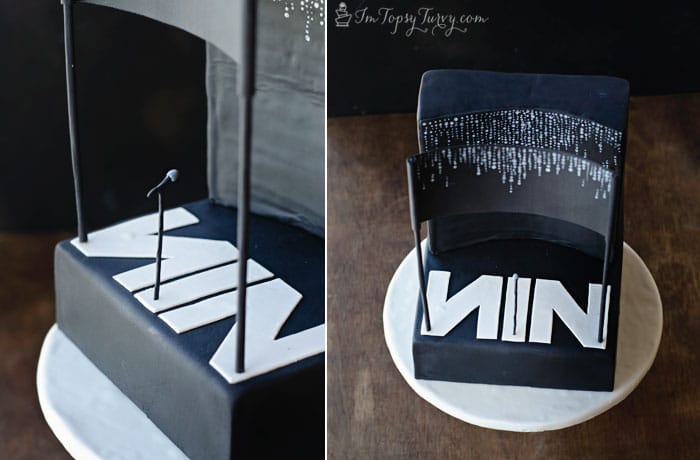 I started with a square base.  Then stacked and  carved more cake to create a backdrop then covered everything with black fondant.  I added the logo on the front of the stage, then curved the some fondant attached to some bamboo skewers and let it dry in a curve to create the light panel. 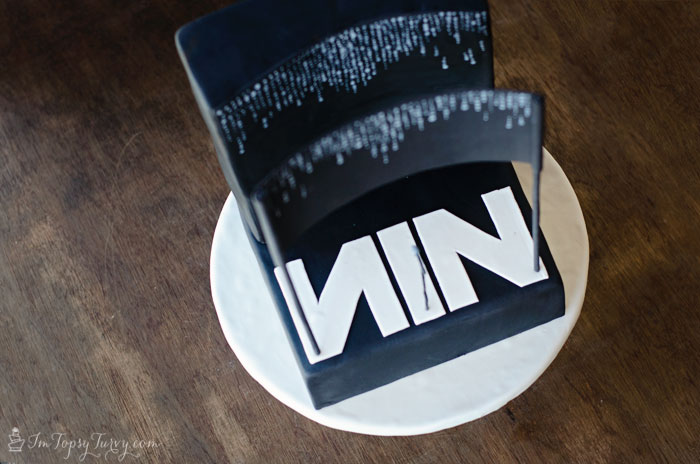 Then to give the illusion of lights I added edible white paint in cascading dots of different size to try to convey the lights in varying degrees of being on/turning on/turning off.  Trying to convey movement. 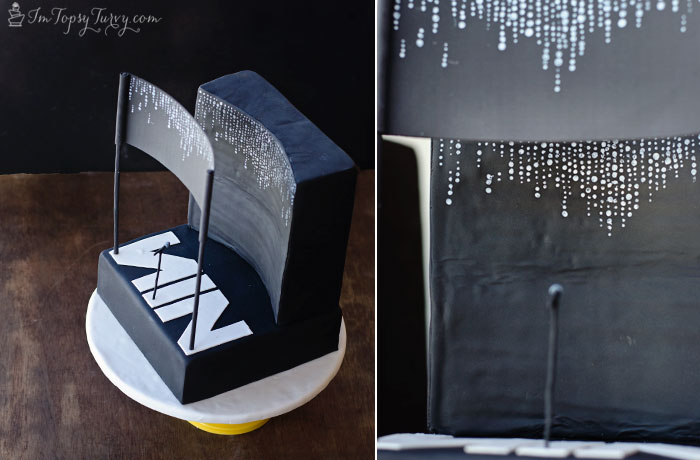 And ended with a microphone center stage!  It’s simple, but I was really happy with the end result.  When I showed it to my cousin she recognized what it was supposed to be so, WIN!  The only bad news is she wasn’t able to surprise her husband on his birthday with the cake at work cause he was home sick!  BOO