Back in the Fall my college attending cousin called and asked if I would teach her some cake decorating (yes I’m the oldest of all my cousins, I have 3 cousins younger than my 2 oldest children)! I always love teaching AND spending time with family! So I was really excited. She was taking “history of Civilization” and wanted an awesome final project. So we had a few basic informal classes, worked out a design and this is what we came up with! 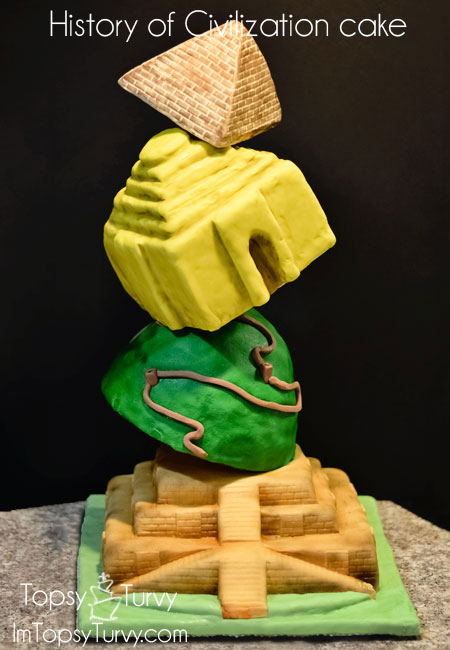 It got a bit bigger than we were first thinking but I LOVE the way it turned out. She decided to focus on architecture, which is good because she was leaning towards religion at first and i have NO idea how I’d translate that to a cake design! But buildings we could do! 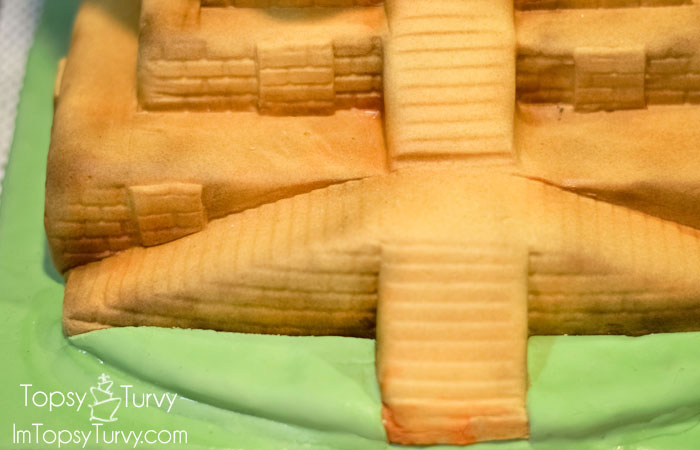 The first civilization was Mesopotamia, so we went with a basic ziggurat (think tower of babel type structures). It made a great base, and while we made most of the “cake” out of rice crispy treats (cheaper and lighter, and we could work on it over a few weeks without it going “bad”) the stairs are real cake so the professor could try it out!  She covered it with tan fondant and while it was still soft used impression mats to make the stairs and bricks, then my air brush gun to color/discolor it. 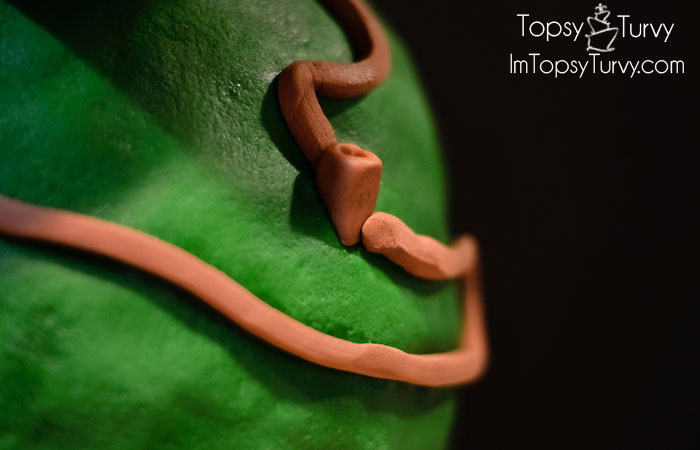 The great wall of China!  Instead of a piece of the wall we created a mountain, green fondant over it, using a paper towel to texture it, then more air brush gun to give it more texture.  then we added a brown fondant wall with towers.  This was probably my favorite tier in the whole cake! 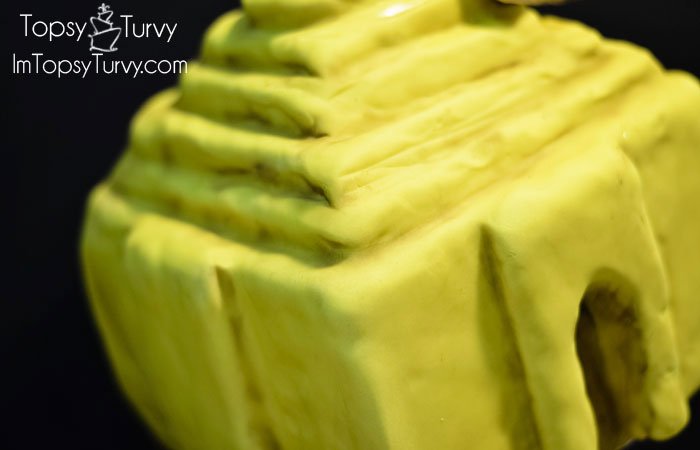 Next up is India.  Now we considered the Taj Mahal, but it’s pretty darn HUGE so she picked a different temple, but I can’t remember the name of it now…  It was better for the time she had been studying anyway and it worked out well.  For this we used yellow fondant and for the aging we used cocoa powder. 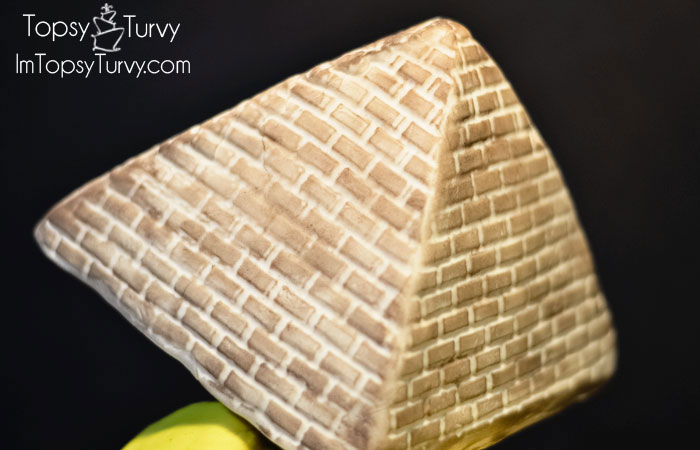 Last up? Egypt!  Really is there anything other than a pyramid to use?  We used the brick impression mat again, and brought out the details with dark cocoa.

To hold them together I screwed a heavy duty dowel into a large wooden base.  Then we covered the base with green fondant, and slid each of the tiers onto the dowel.  Now if this had been real cake there would have been more structure involved to keep these pieces up and angled, but of course the rice crispies held up great and are super light so it wasn’t a problem for this structure! 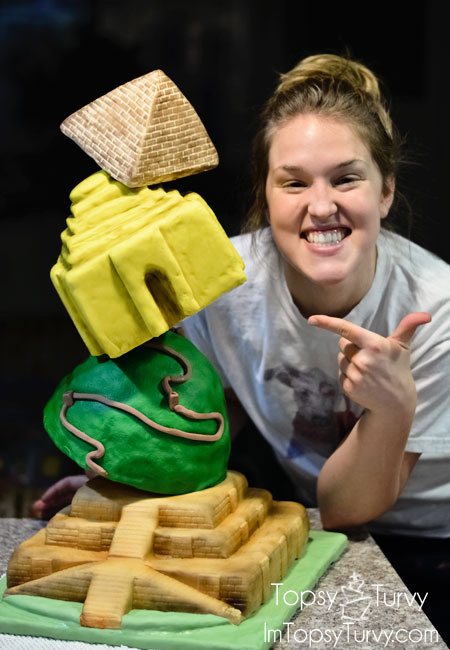 AND the big time cake decorator.  I taught her the the basics of covering a cake with fondant and the techniques she’d need for this cake.  I helped her design it and figure out how to put it together, etc… BUT at the end of the day I made sure to step back and have her do the actual work so hopefully she learned something as well as got an amazing grade! I think she did a great job, Love you Cuz!