It seems I can’t get my stuff together these days… Computer boy was actually baptized back in January, when he turned 8 (the age we baptize kids in our church). It was a great day and a wonderful weekend. BUT not wanting to overwhelm him that weekend I put off doing his pictures. And put them off, and put them off, etc… FINALLY we got around to it! 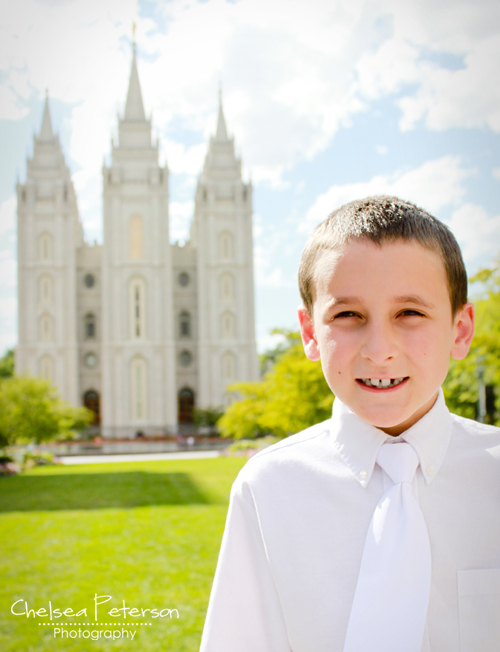 I picked the kids up from school and we went downtown the Temple Square. That’s where we did The Reader’s Baptism photo’s as well (for some reason we were also 6 months – or more – late taking hers as well). I was just glad his pants still fit so well! He has issues with things being too tight (even if they aren’t) and I have issues with high waters. So we BARELY got these done in time! 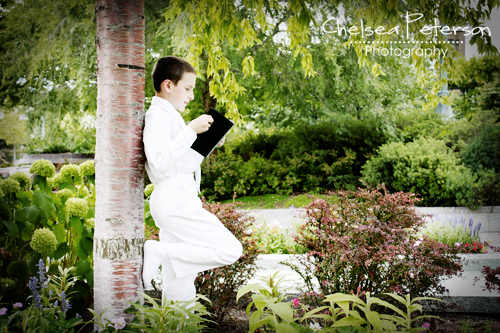 He was so cute. We got there and changed him into his white outfit he got baptized in. I know lots of people take pictures in suits (which he has, SO handsome) but I wanted it to match the wall of baptism pictures I want to make and since his sister was in all white I wanted him in all white too. He kept asking what he looked like. I said an angel in all white, so handsome. 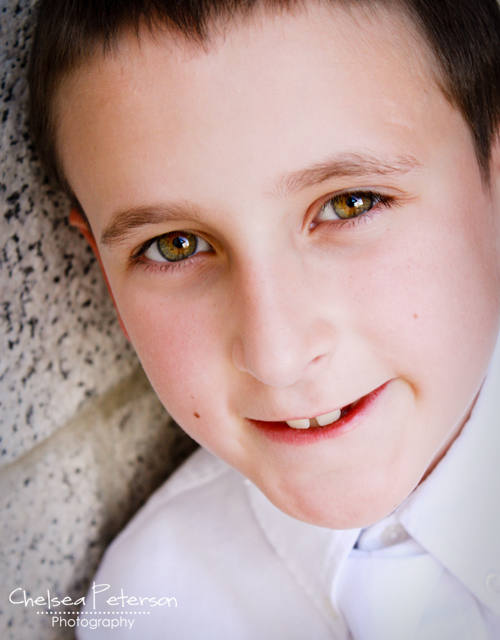 Then he put on his tennis shoes (I didn’t want to buy white shoes just for this so we did the whole sock/no shoe thing for pictures), and he asked again, what do I look like. “an Angel in tennis shoes” I said. He thought that was hilarious! Then he said the sweetest, cutest thing, he said “Mom you would look so beautiful in all white!”. Love this sweet boy! 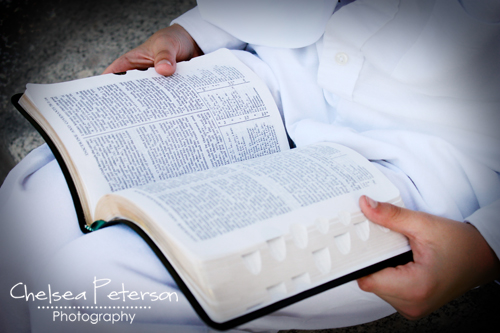 My baby sister recently moved here to UT and she’s just started her own Photography business (Chelsea Peterson Photography)! We’ve gotten to spend more time together as she’s not only been taking some pictures for me, but she’s been coming over to use my photoshop while she shops for her new computer! I’ve loved it, not only getting to see my sister so often, but getting to know my nieces so much better! 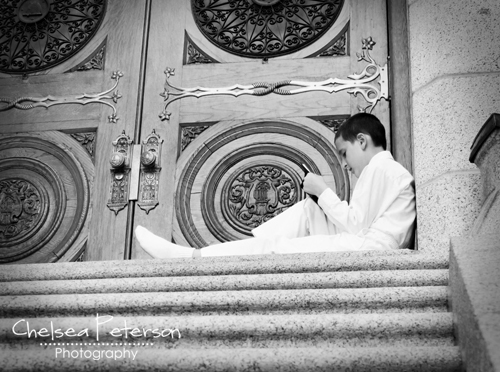 Anyway while they were taking these pictures he kept asking her, when they were done with a location he kept asking her how he looked! I’ve never known him to wonder about that, kind of sweet. So she kept saying “handsome”, “smart”, “reverent”, etc… He loved the one on one attention too. And while they were taking pictures the rest of my kids and hers had a great time playing, laughing, eating snacks, it was a great afternoon. 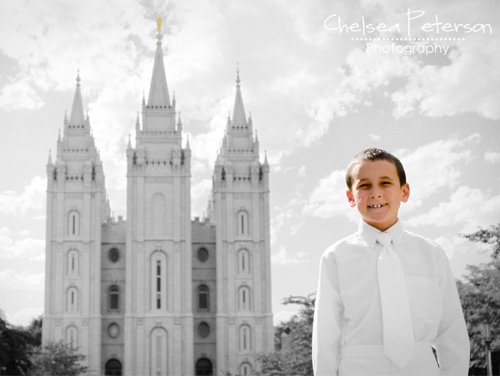 This is the one I ordered in Canvas for my wall.  Kind of matches the one I ordered for my daughter.  It’s is fake smile, but that’s what he looks like these days.  I love my family, my sweet boy, and the love he shares with the rest of us with his sweet spirit.

You’ll be seeing a lot more of this watermark because as her sister the kids and I get to be her model for anything she’s interested in taking pictures of! Next up? Maternity pictures! Kind of excited because I’ve never had maternity pictures before, kind of seems silly doing it for the 5th but I’m excited none the less.  And don’t forget to check out her new photography site (that I got to help build).  It’s still a work in progress but it’s looking good! Chelsea Peterson Photography