Back in September I was in LA speaking at a blog conference and me and 3 of the most fabulous roommates you could EVER have found ourselves with a FULL DAY after the conference was over (and cause you want to know – Summer Scraps, Mommy Merlot and Being Spiffy).  AND we did what ANY fun group of girlfriends would do with an entire day in LA… We went to Universal studios Hollywood! We seriously had a BLAST! 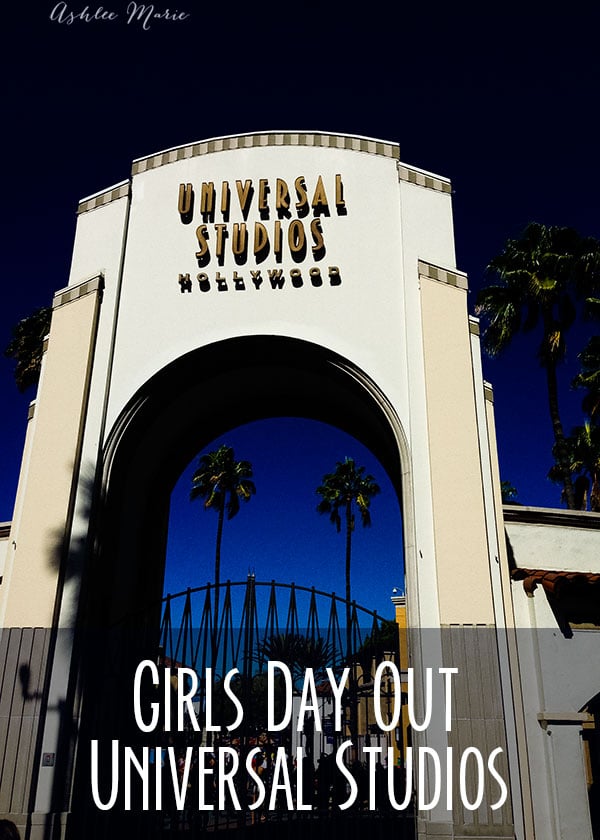 Kay full confession here – I had NEVER been to universal studios and wasn’t sure what to expect! I mean I’ve done Disney, 7 flags, knots berry farm, etc.. all of that (and we have season passes to our little Utah Amusement park) but never Universal so I was pretty excited!

You start at the City walk, tons of fun stores that you can go into without going into the park.  Great places to eat, tons of treats and a great place to buy souveniers for the family.  We split 4 extra large bags of flavored popcorn to take home (my favorite the churro popcorn, YUM)

Then you come to the Universal globe just before the park entrance! A tourist mecca of picture taking.  We got there RIGHT as the park opened so we had all day to play.  And I have to say it was a heat wave and we were “glistening” (so much better than sweating) the entire day.  Thank goodness for the misters ALL over the park.

we went STRAIGHT to the Studio Tour to catch the newest addition, the Fast & Furious – Supercharged ending.  Seriously between that and the King Kong 360 3-D it was a crazy awesome ride! Like HANG ON, not at all what I expected from a studio tour! And of course seeing where they filmed some of my favorite movies (and TV shows) like the Back to the Future clock tower, Bates Motel, The Voice, etc… is always fun.  Honestly I’m fascinated by movie magic!

After that we went straight to the new Despicable Me Minion Mayhem ride.  It was ADORABLE! I always LOVE the details all over the rides, drawings, decor, art, all the same that you see in Gru’s house in the movies, seriously so cute.  I seriously took like 30 pictures to show my kiddo’s.

The ride was super creative and fun too, you get turned into a minion (cause who needs humans when you could have minions) but in the end you get turned back into a human so no taking home an adorable minion in exchange for your difficult 4 yo, sorry.  Then of course we spent another hour playing with all the toys in the store, This little guy was totally my twin!

And of course we had a blast with the rest of the park, the characters wandering around, the kid’s splash park (but you need to have a kid to enjoy it, sorry… Summer is short, but not short enough for us), the Mummy ride was AWESOME, creepy but awesome.  We totally paid for the photos because… COME ON, how awesome do we look!

AND of course I HAVE to mention Harry Potter… (opening April 7th, less than 4 months, I can NOT wait) it was so cool to see so much of it built already! AND THIS month CityWalk has it’s annual holiday takeover, including GRINCHMAS! I don’t live close enough to hope over, but I’ve been enjoying the instagram pics! 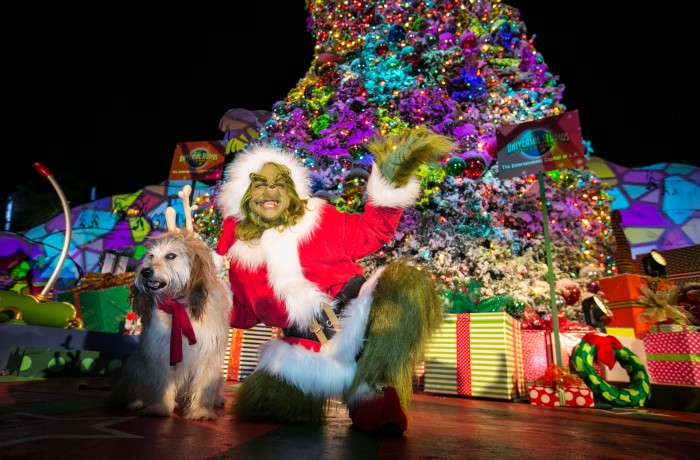 The “Grinchmas” celebration brings to life the town of Who-ville, featuring energetic performances by Martha May Whovier and the Who Dolls along with appearances by The Grinch and his adorable dog Max throughout the family-friendly event. I mean SERIOUSLY I SOOOO want to go next year! That tree is ROCKIN it!

SO who loves amusement parks with no kids THIS GIRL DOES!!!!  I mean I’m totally bringing my kids back…. but being able to eat what we wanted, ride what we wanted, and avoid whining while gabbing, laughing, making dubsmashes and having a great time? PRICELESS…