Today I got to deliver the Bridal shower cake I’ve been working on. It’s a version of a cake I’ve previously made, the difference is size and colors. Before I made the small oval cake (not smallest, just small). But this one was the largest oval, to feed 70. And instead of my coconut pecan with cream cheese frosting we went Chocolate. And not a little chocolate, a LOT chocolate. My kind of cake. 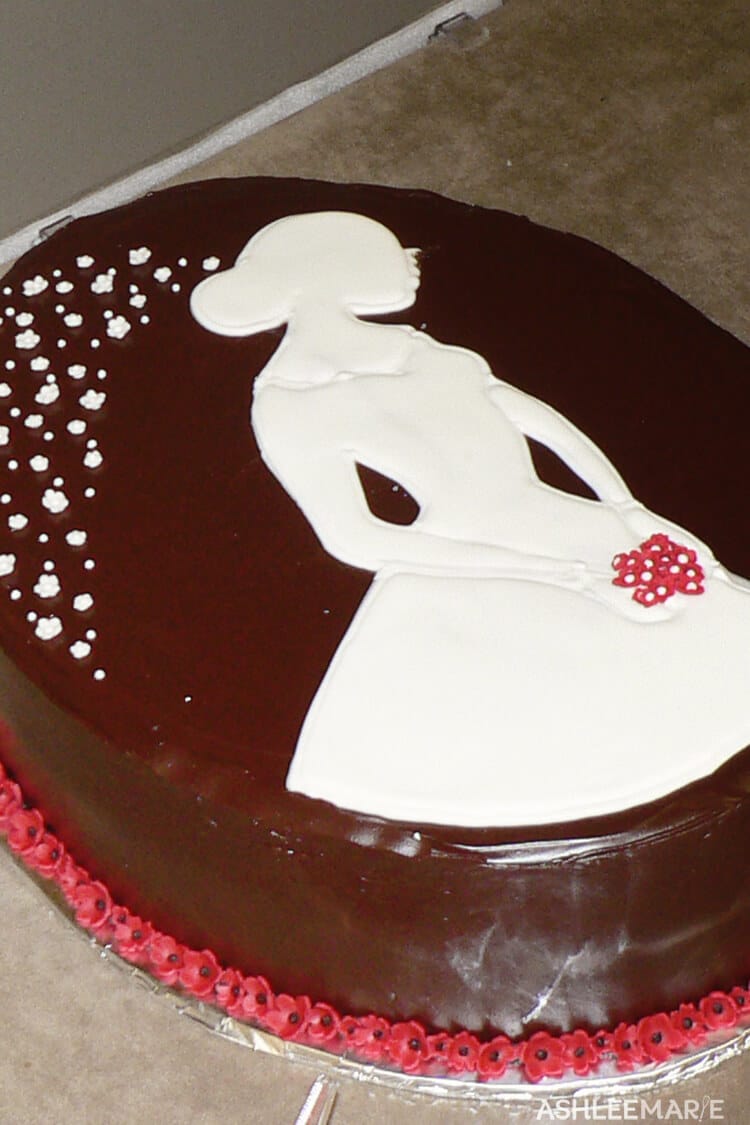 Chocolate Sour Cream layers, with Chocolate cream cheese mousse filling, Dark Chocolate butter cream with Chocolate Ganache (basically truffle, before you let it set… SO rich)! SOOOO good. Then the red flowers really added a nice touch. My husband said he liked this one WAY better. I was surprised at a few glitches I encountered during this cake. I usually make the bride cameo out of color flow (pre-made out of sugar, dries shiny and hard), but after a week of drying here in Houston and they (I made 3 just in case) we’re dried and when I peeled off the parchment paper the dresses, necks and arms broke on every one.

I even tried leaving the parchment paper on the last one and just cutting around it, but one I picked it up it just shattered! So… With not much time to go I went for it and did the cameo right on the cake. The challenge with anything you do right on the cake is of course messing up… And with this type of decorating, and outline and then a thinner poured filling to create a smooth picture, a mistake is un-fixable. Of course I did fine… Next time I try color flow I’ll give myself at least 2 weeks, probably 3. 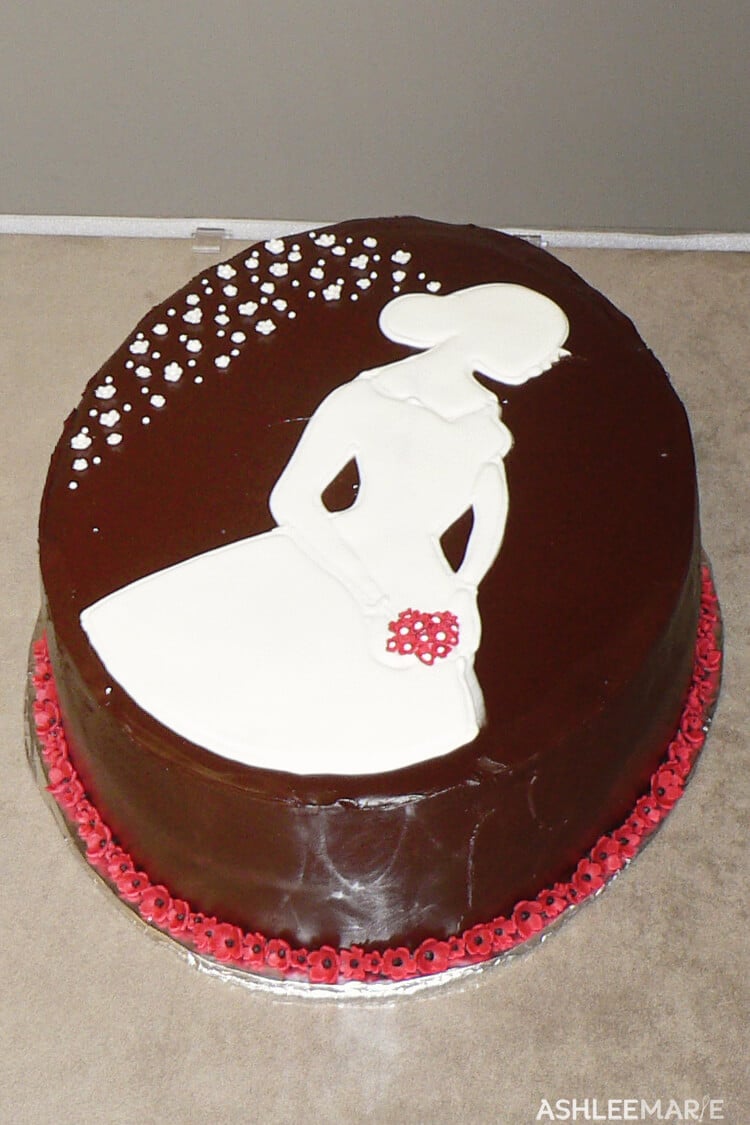 Also, Look what I just made myself! How cute am I? I once saw a bumper magnet that said “Slow, flowers”. And thought I should do something similar myself. Lucky for me I did it… Even with my sign, and going 10 under the speed limit I still had a few scary moments. I think that would be the worst. To get the cake just perfect and then have something happen during delivery. But we made it and everyone was pleased.