I am SO excited it’s August… know why? It’s National BACON MONTH! did you know??? Guess what! I’m making a ton of bacon recipes this month, AND so are some of my favorite food bloggers so check out below for links AND entry into some great giveaways!

Can I just say I LOVE bacon! I have a ton of recipes already but I wanted to come up with ones different from what I already make all the time. So when I was wondering around the grocery store the other day the spaghetti squash caught me eye.  I haven’t had one in years (I used to crave them when I was pregnant with my boys – but like any pregnancy craving I went a little overboard) and I thought – oh THAT would be good with bacon… and I was right! 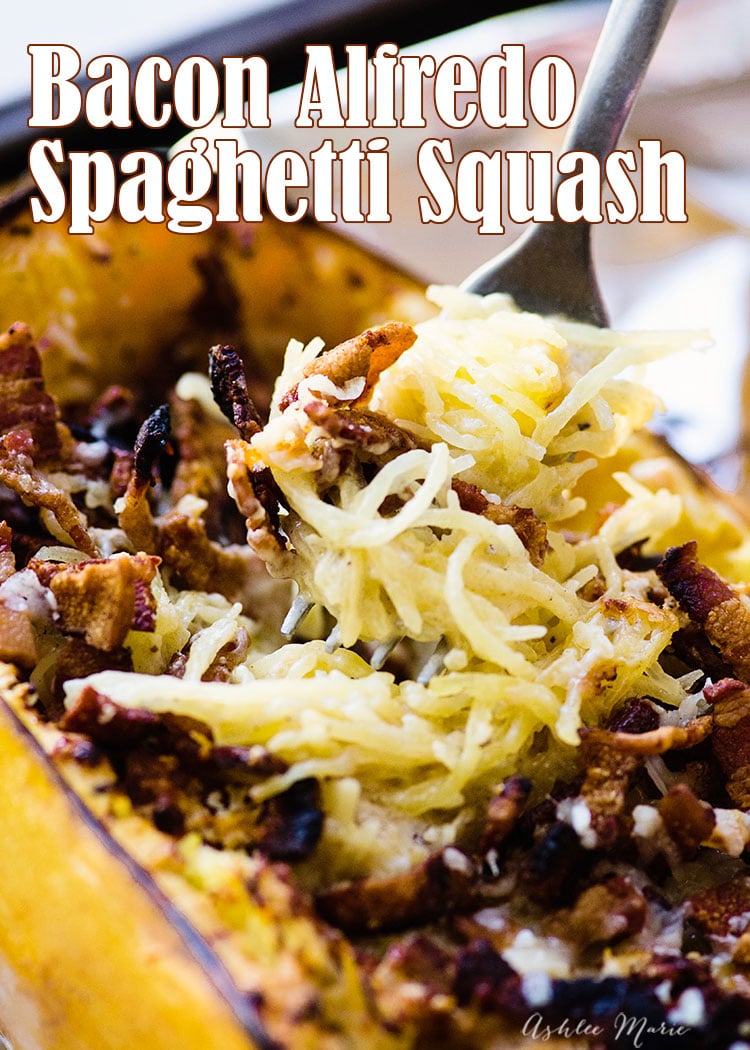 AND since you add the sauce and bacon right to the spaghetti squash (boat style) you get less dishes messy.  In fact I made the sauce in the same Lodge 12 inch seasoned steel skillet as I cooked the bacon for an even better flavor (and again less mess!) 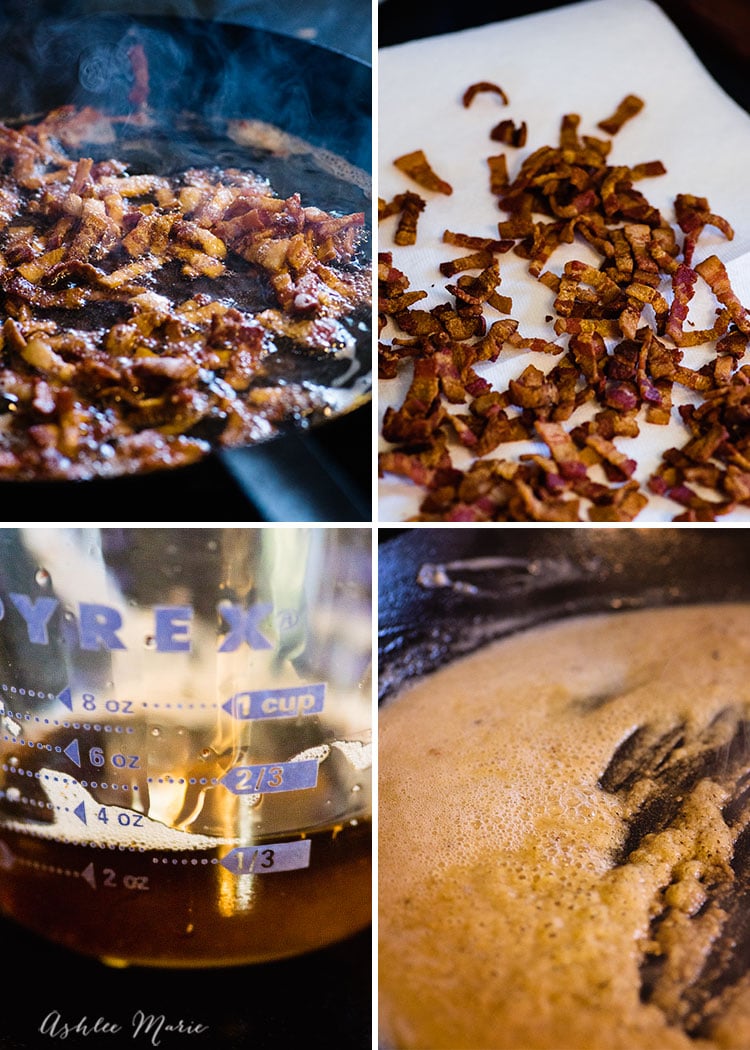 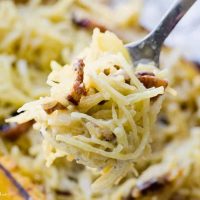 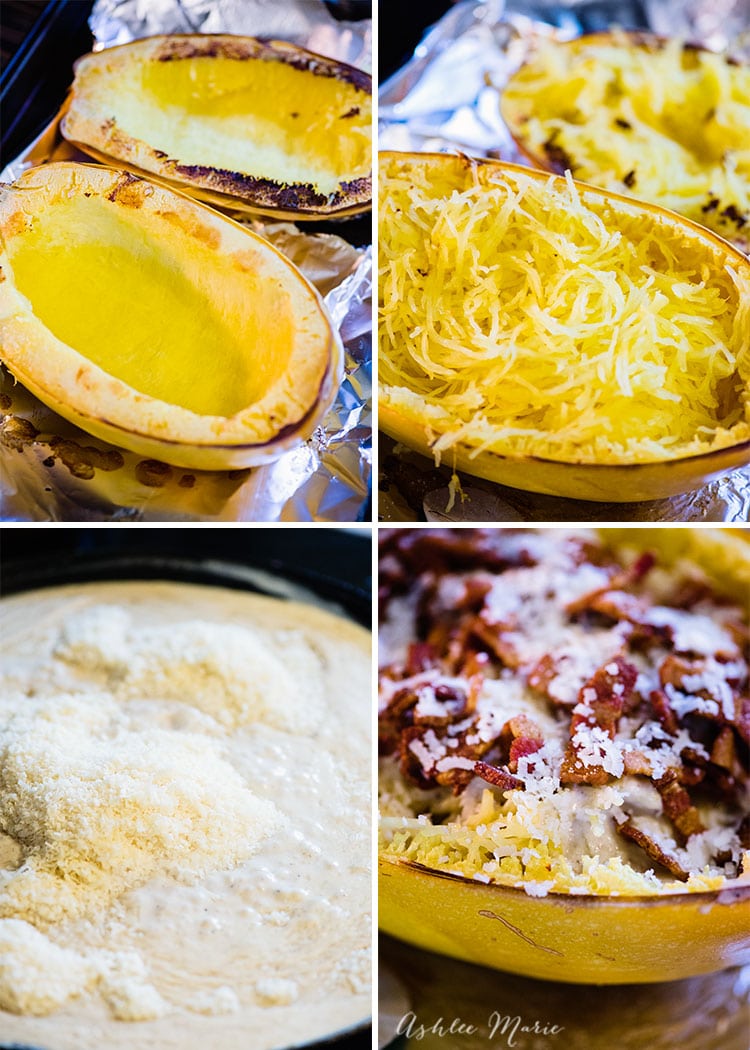 I knew I’d like it (and I did) but I was worried my pasta loving kids wouldn’t care for it, BUT it was a HUGE hit even with them! Well the older three, the two younger ones don’t like anything these days though so they don’t really count! I seriously went out and bought a second spaghetti squash just to make it again already.

I went fairly heavy on the bacon, I’m a fan, but you don’t have to if your not as obsessed as I am! 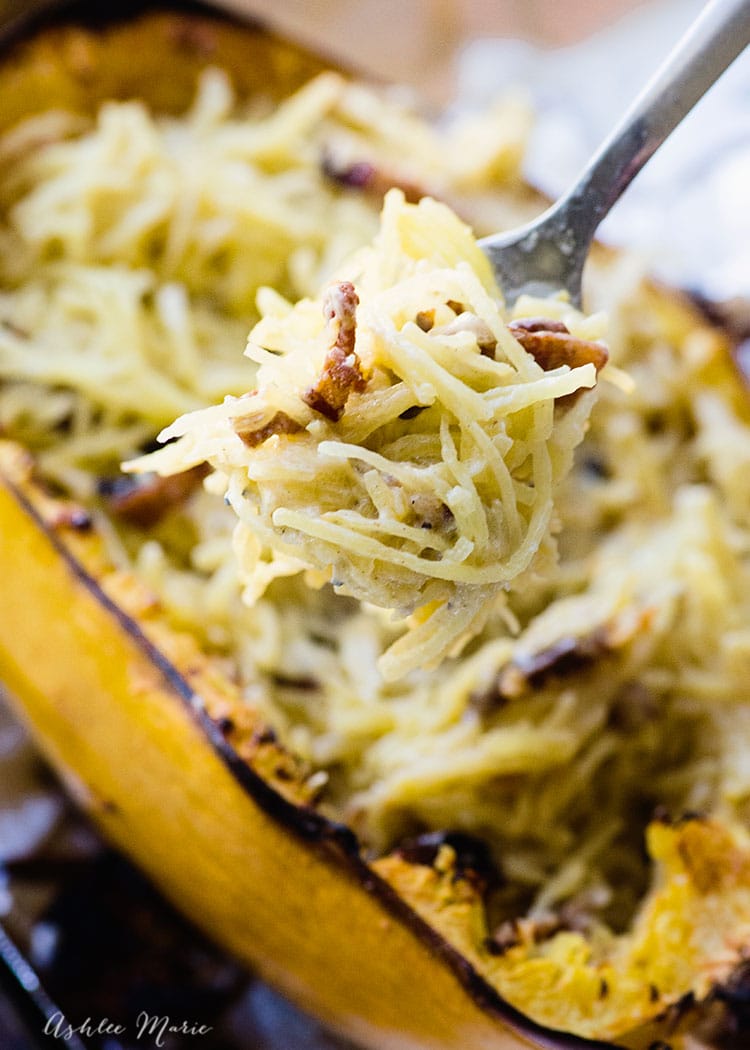 And now it’s time for more bacon recipes! I’m only participating in 4 days this month, but some of the 12 bloggers participating are sharing recipes every tuesday and friday all month long! So check this post out to keep up to date on ALL the bacon month recipes! 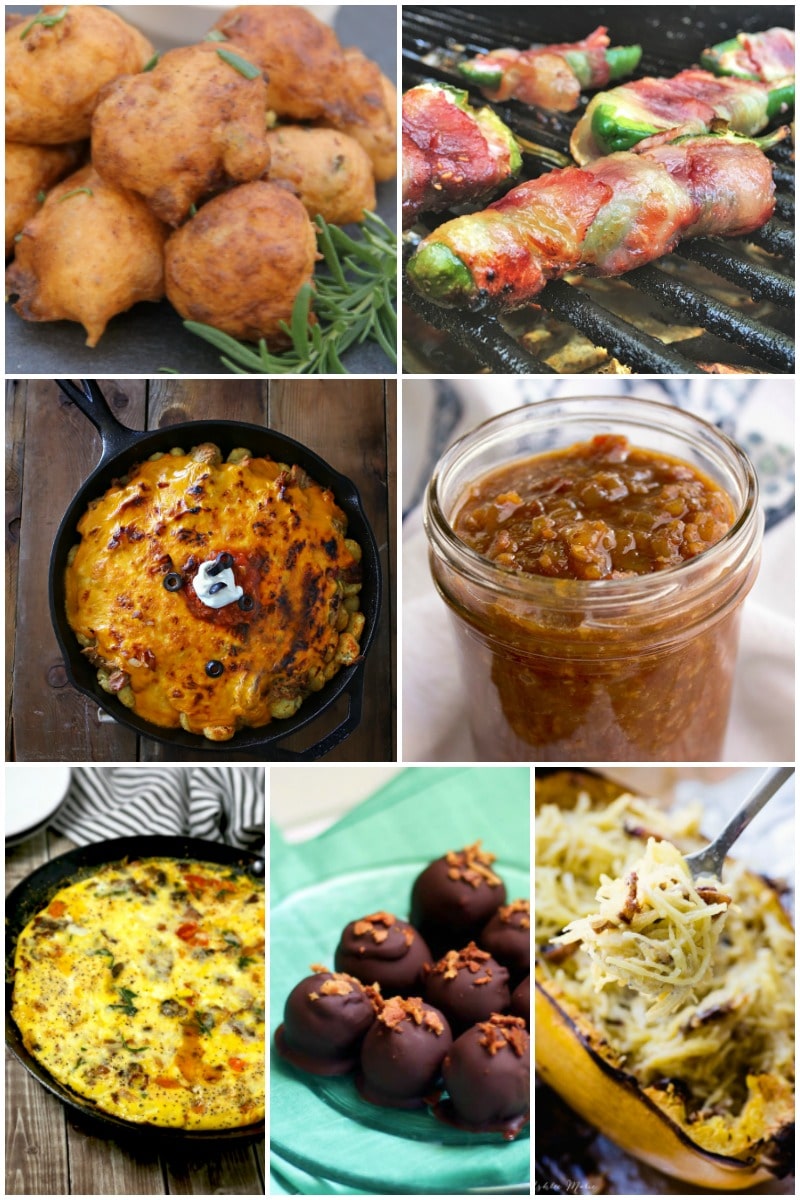