When Baby boy was a week old we packed up the diaper bag, all the hats I made and went down to visit my sister!  My mom was in town and helping out so it seemed like a great time to attempt some newborn pictures.  She could keep an eye on The Destroying Angel and my nieces while Chelsea and I attempted to get a few cute shots! 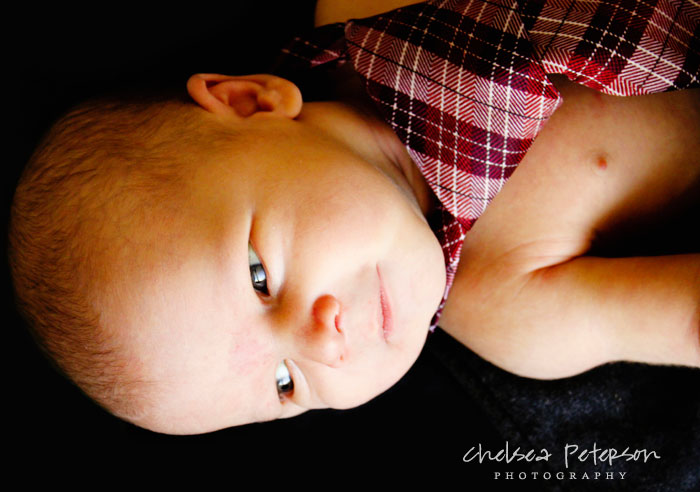 Attempt is the right word for this.  Between his marathon nursing schedule (he seriously nurses every half an hour or close for about 4 hours straight, THEN sleeps for a few hours only to do it all again), and his CONSTANT pooping and peeing (all over the blankets, sheets, backdrops, cocoons and ME) we were able to get a few cute ones! 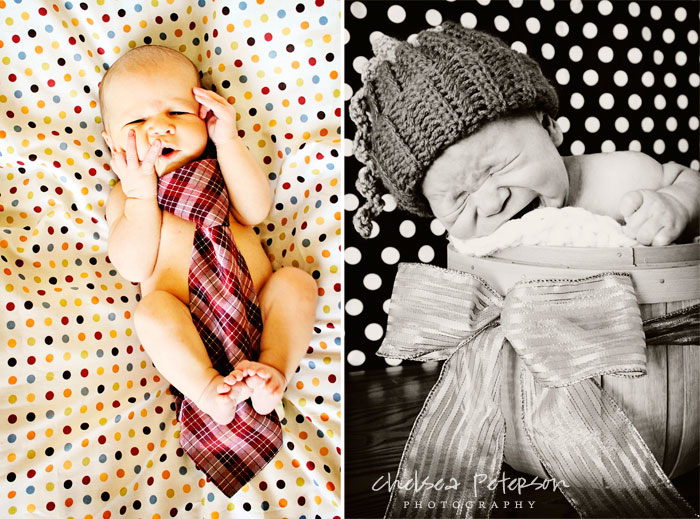 He was NOT a happy camper, I think 90% of the pictures she took have him wailing and crying in them.  Finally around the middle of our day he wore himself out crying and we were able to get a small handful with him sleeping! 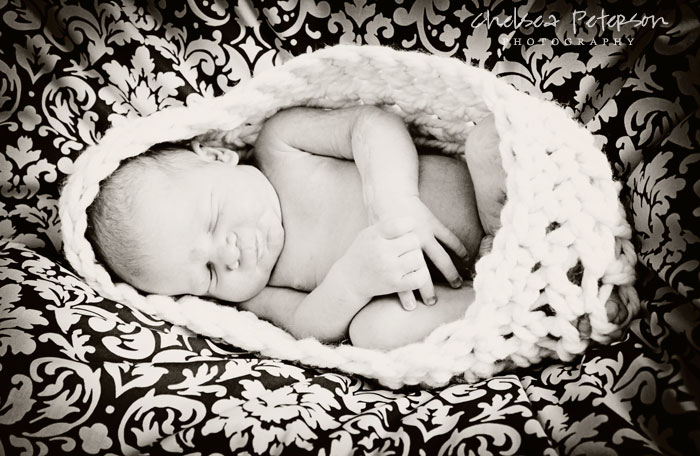 We never were able to manage the cute head in his hands picture that you see all over pinterest.  Maybe in a few weeks or so???  He’s just not relaxed enough when we IS sleeping to maneuver him easily.  I’m thinking it takes just the right baby for those pictures. 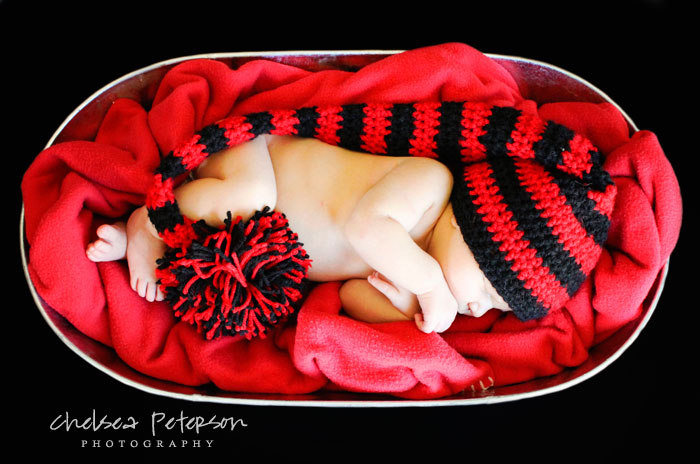 He’s got the longest arms and legs, not to mention HUGE hands and feet.  He kept stretching out and reacting to everything ruining anything we had set up for him.  The sound of the camera clicking actually scared him every time! 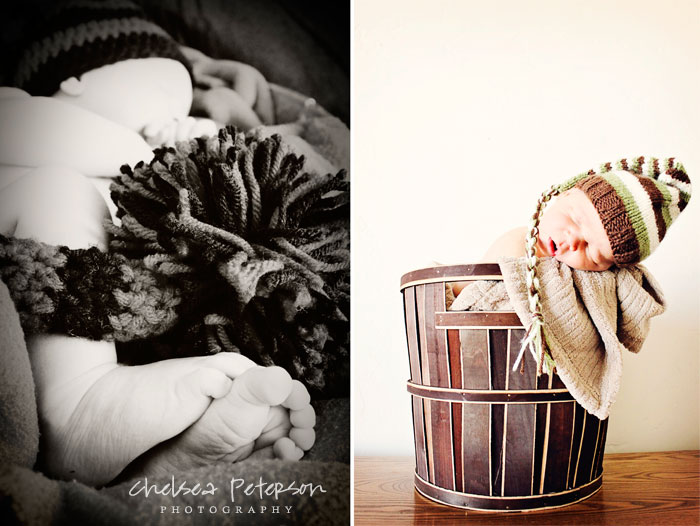 Thankfully since my photographer is also my sister I wasn’t constrained to just an hour, since with our constant cleaning of the pee and poop and nursing breaks it took at least 2 hours to get most of the pictures in we’d hoped to get! 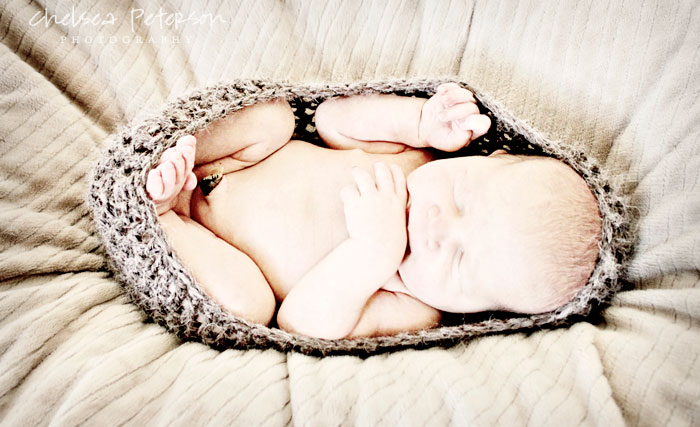 See?  Mondo feet, it’s hard to tell in this pictures, but his toes area already as long as mine (granted I have short toes).  But of course precious! 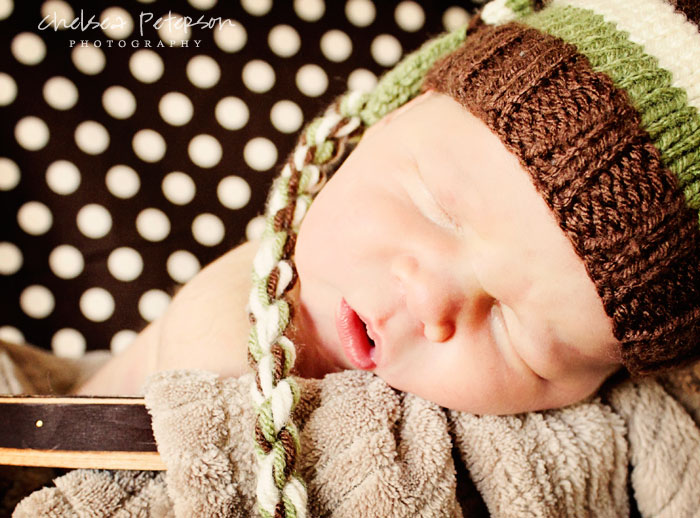 The basket pictures were super cute, but we had issues with him leaning forward and trying to choke himself!  We were finally able to get these when he was passed out from all the crying, but couldn’t get his cute little  (alright, BIG) hands out of the basket! 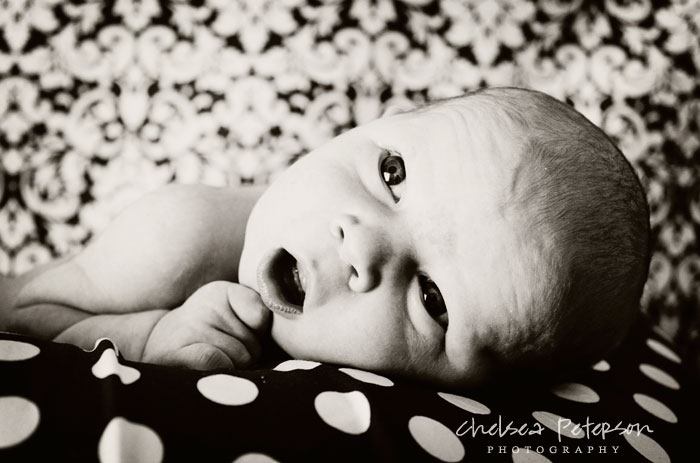 Because he likes nursing so much (he acts like he’s starving to death every 30 mins, it’s hilarious!) between every different position I’d nurse him and we’d change his hats during the nursing to try to get him used to them.  Luckily he put up with them pretty well! 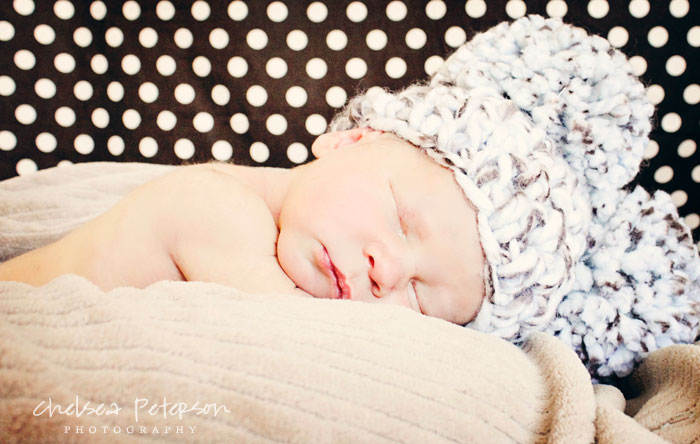 I made two different styles of cocoons and he HATED the first one!  Because his body is so long he didn’t fit very well into it and he let us know, but he put up with this chunky one pretty good for us!  Other than the constantly flailing arms every time the camera clicked! 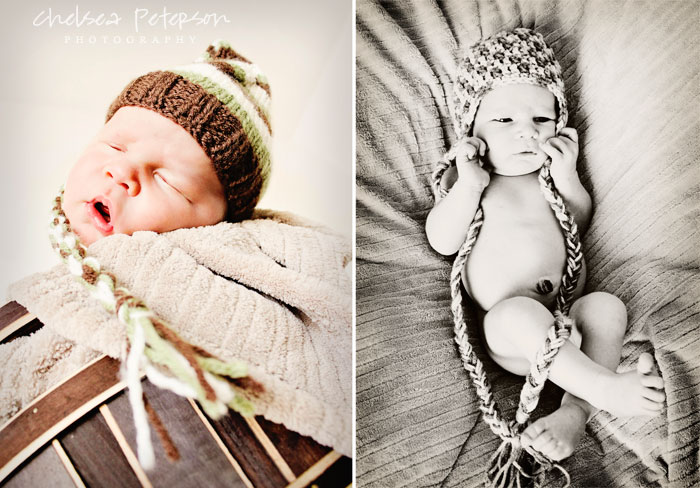 This is what happened in between pictures, I’d lean over and whisper too him and calm him down. I didn’t always work, but did often enough. And how sweet that he already react’s so sweetly to my voice and touch! I LOVE this sweet baby boy so much! 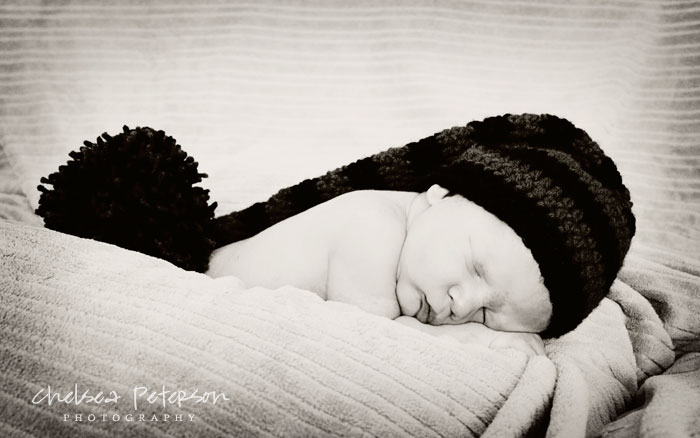