I love Halloween!  I love all holiday’s, but my favorites are Christmas and Halloween!  Last year we did the grab bag costumes since I had just given birth to Baby Boy, but THIS year I wanted to go back to our Family costume themes!  We actually went through a few different costume themes before settling on The Lorax!!! 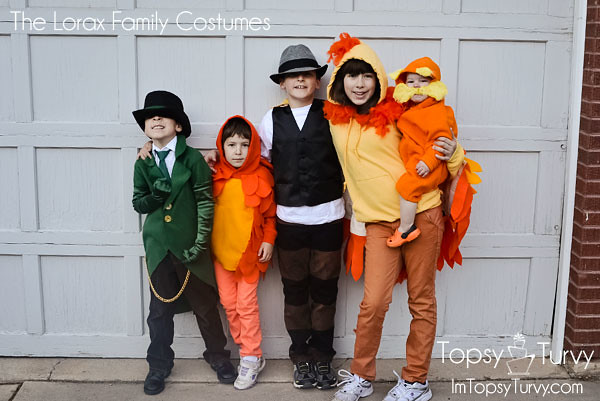 It was perfect cause we found something for EVERYONE to be that they were all happy with!  All the other themes one of the kids wasn’t happy!  Do you have any idea how hard it is to find a theme that 7 people agree on?  in the end Bill and I ended up not doing costumes but I am SO happy with how the kids turned out. 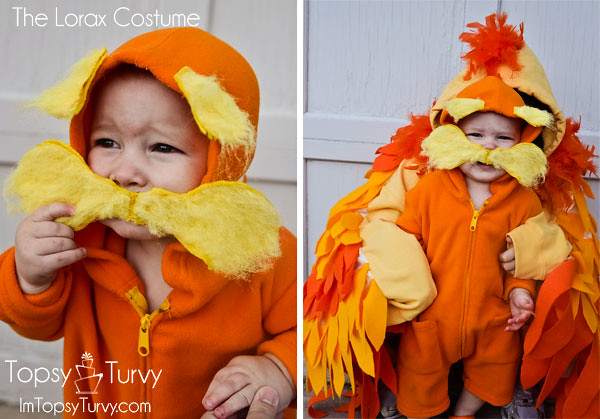 The Baby was an easy choice.  The Lorax!!!  I found an orange bathrobe and bought a size 18 months!  I added a zipper down the center and used my serger to thin out the sleeves, sides and create short legs!  The bathrobe was a tad bit shorter than I’d like the outfit, BUT I figured it’s be a snowy cold winter and he’d be in boots (jokes on me!).  I bought white fur (they didn’t have yellow) dyed it with a polyester specific dye.  I cut out the eyebrows and mustache in felt first – a few versions- and when I was happy with the shape cut out the fur.  I sewed the eyebrows onto the hoodie, and the mustache onto elastic. 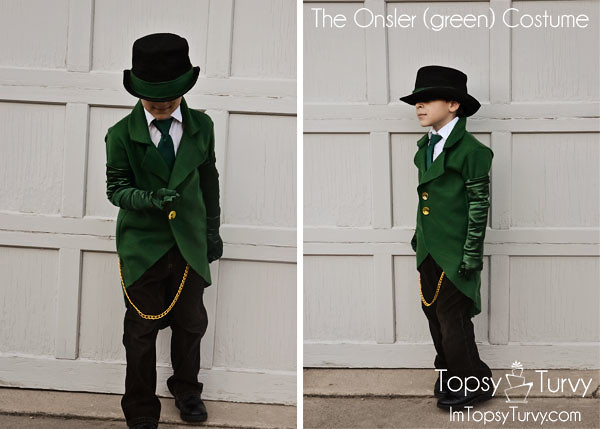 Computer boy was the most excited about his costume!  The GREEN Onesler…  He kept repeating that part, it had to be the one who sang the “how bad can it be” song!  We already had the white shirt and black cords.  I bought adult green gloves and boys green tie.  I made the jacket adding green to a top hat we already had, and added the gold buttons and chains!  It was so so SO much fun to make, esp with his total excitement as I worked on it!  He kept posing (left) in what he calls his Onesler pose!  He has been singing the song “how bad can it be” for weeks! 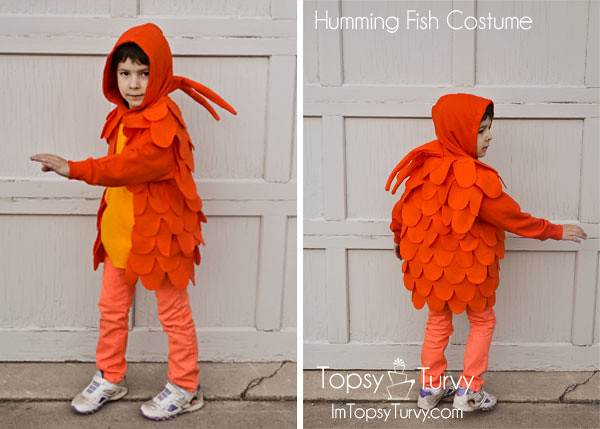 I created a list of a dozen options for costumes from the movie and let the kids pick what they wanted.  The DA  jumped on the Humming Fish…  I wasn’t sure how to even begin!  I bought an extra large orange sweatshirt, adding felt stomach, and felt fins.  Everyone of the kids kept bringing up the back fins.  Coming up with them was hard, but I think it turned out okay!  I dyed some jeans orange! and we’re done! 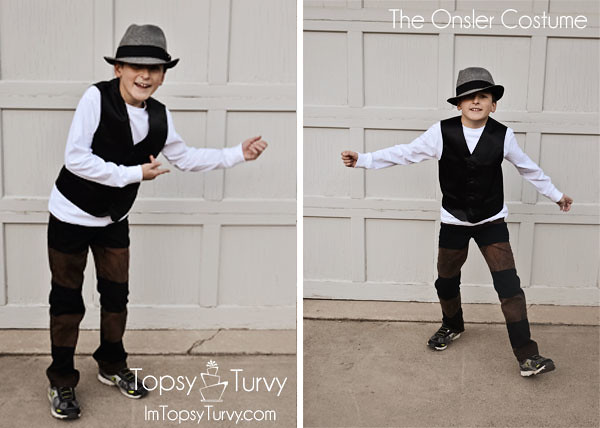 The Computer Boy didn’t want to dress up this year, so he was the hold out on most of the themes.  So this Onesler outfit from the beginning of the movie that is almost a normal outfit was easy!  I bought some black jeans, taped off some stripes and then sprayed on some watered down bleach to create the faded lines!  Add a white long sleeve shirt, a black vest and a grey hat and your done!  He’s showing off his dance shoes here! 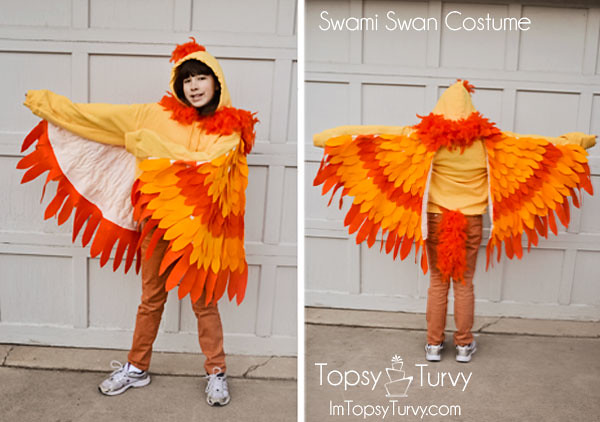 And The Reader, picked the hardest one, a Swami Swan!  How in the WORLD do you create such a strange shaped Seussical outfit???  I looked up bird costumes and found the idea for the wings.  I used felt for the feathers, and sewed them onto fabric quarter circles.  Then sewed the “wings” straight onto a yellow sweatshirt.  Adding peices of an orange boa for the feather on the top, the tail and around the neck…  Dyed some khaki’s orange and done!  By far the most time consuming, but she seemed really happy with it! 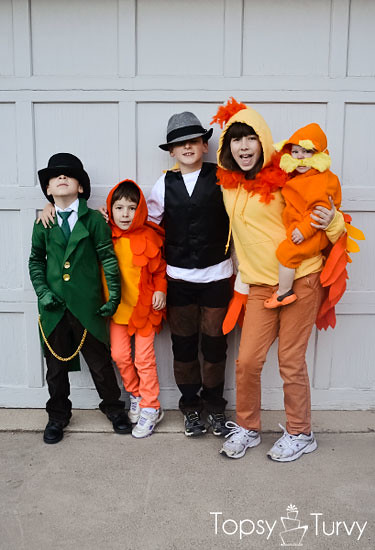 And the whole family again!  They weren’t allowed make up at school, but we’re planning on doing the girls faces for tonight, hoping adding large eyes will help the fish and birds look more Seussical! 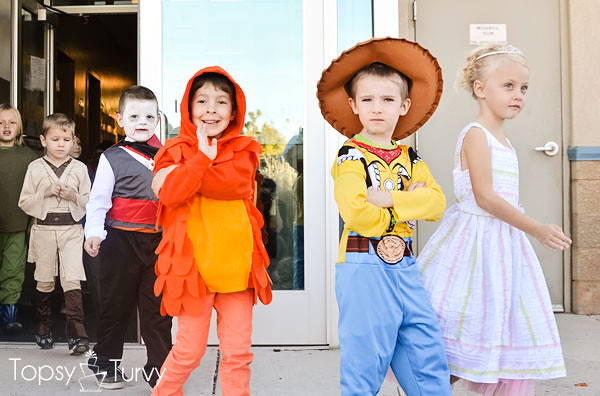 We spent the morning at the kids school for the parade… first the Kindergartners!  obediently folding their arms… 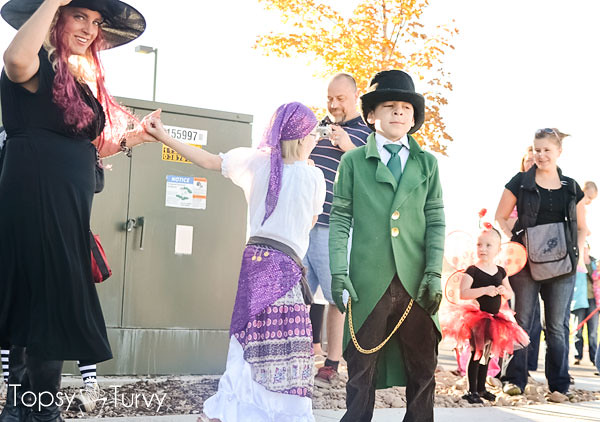 The Green Onsler (with his “girlfriend”, the gypsy,  behind him, he thinks she’s beautiful) 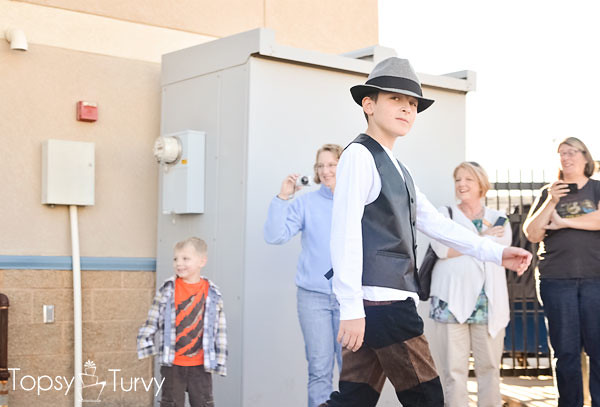 The non-greedy Onesler, look at that SWAGGER!!!  Such a handsome boy! 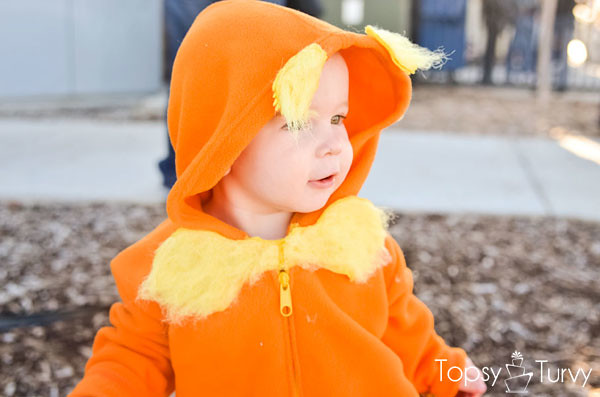 And finally my little Lorax!!!  He loved the costume parade, but for some reason one person thought he was a walrus, and 3 people thought he was a pumpkin…  Seriously a sweet handsome happy boy, I sure love him bunches and bunches, even if he won’t wear his mustache!