Kay, I love food (obviously). But growing up my parents called me a picky eater. Now there are some foods I don’t like, and they tend to be stuff that the majority does like… BUT for me it’s more about the texture of foods I think. Banana’s (I can barely get past the word without wanting to throw up!), tomatoes (but I love them in sauces), red apples (love green), melons… Anyway. The funny thing is my parents had some basic go to dinners I grew up eating, and it was great. I make some of those dishes myself still. But I love to cook, so I make a lot more different kinds of foods than my parents did and when they come to visit I cook for them.

Turns out my DAD is the real picky eater… The point of this rant? Mushy pasta. I LOVE pasta, but if the noddles aren’t cooked right it turns into this mushy gloppy mess of grossness (totally a word). SO I don’t remember where I learned this, or who I learned it from, but it is an AMAZING tip that hasn’t failed me yet! I even use this trick when I make Mac & cheese (Computer guy’s favorite food), and it makes it better! 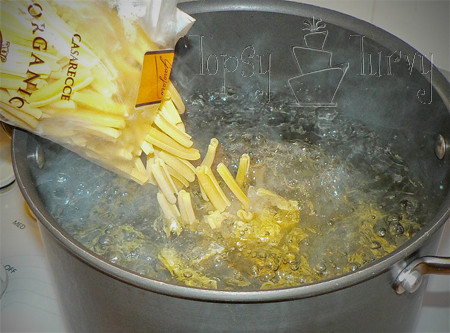 So…  Start with boiling your water, I like to add salt. Once it’s boiling add your pasta So far so good, right? 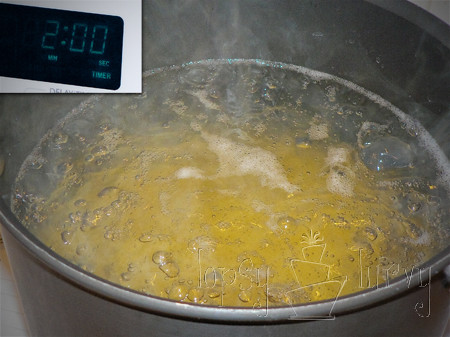 Now it gets a bit different, but still not to much of a change. Instead of turning the timer for the full time bring it back to a boil and set it for just 2 min. Although if it’s a super thick pasta go for 3 mins. 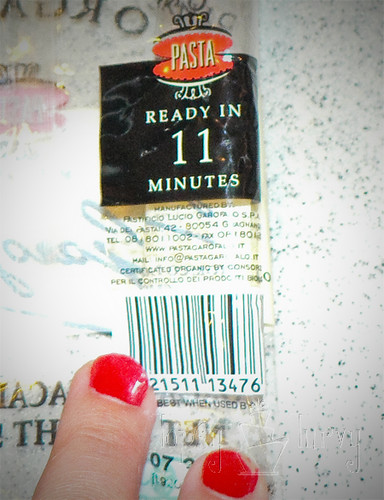 Now we’re going to do some math… stick with me it’s not too hard. Look at your bag/box. How long were you supposed to cook the pasta for? In our example it’s 11 mins, but 7, 8, 9 are all normal pasta time as well. So take that number, minus the 2 (or 3) mins you’ve already boiled it. got it? For our example our new number is 9 mins. 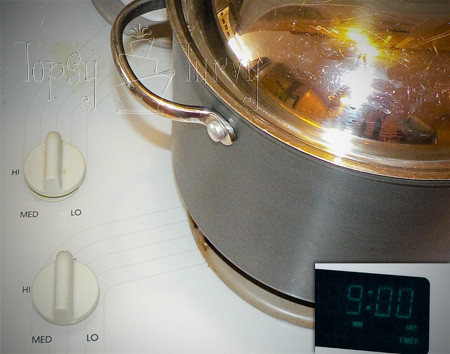 So the initial 2 mins are up. Stir the pasta put on a nice fitting lid (to capture the steam), and take it off the heat (or with a gas stove just turn off the heat).  Set the timer now for out left over time. In this case 9 mins. It’s similar to how you cook rice on the stove. This should produce al dente pasta ever time!  It has never failed me yet! And one of the nice things about it is if you end up going over by a min it won’t ruin it. 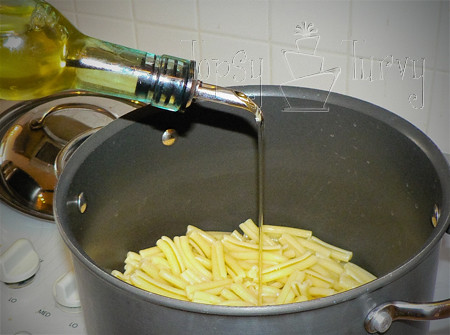 Strain the pasta (don’t rinse pasta, the starch on it will actually HELP the pasta “hold” onto the sauce). I like [it the pasta back into the pan and stir in some olive oil so the pasta doesn’t stick to itself! Serve with you sauce of choice! (or for your kids stir in the butter, milk and dry cheese for lunch!)