Making yarn Pom Poms are SUPER easy with the right tools, like all these pom pom makers .  But what about when you want a REALLY big yarn ball? Even the extra large maker isn’t big enough for me!  SO with a little cardboard you can create your own! 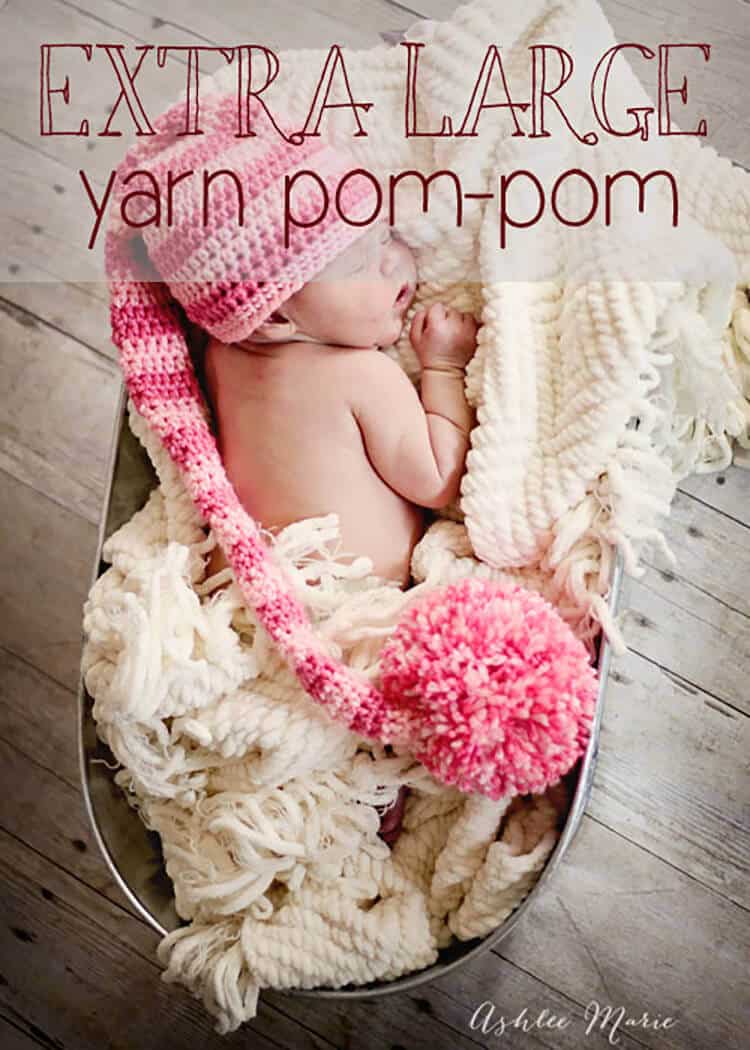 I used a cardboard box, then found something round I wanted to base the size on.  I used a DVD to trace an extra extra large circle! Then I cut out a small notch out of one side, and a hole in the center (the hole in the middle of the DVD helped to center the hole, but I did enlarge it.).  Then just start wrapping!  You’ll have to hold the ends until you get enough wrapped around to hold it down. 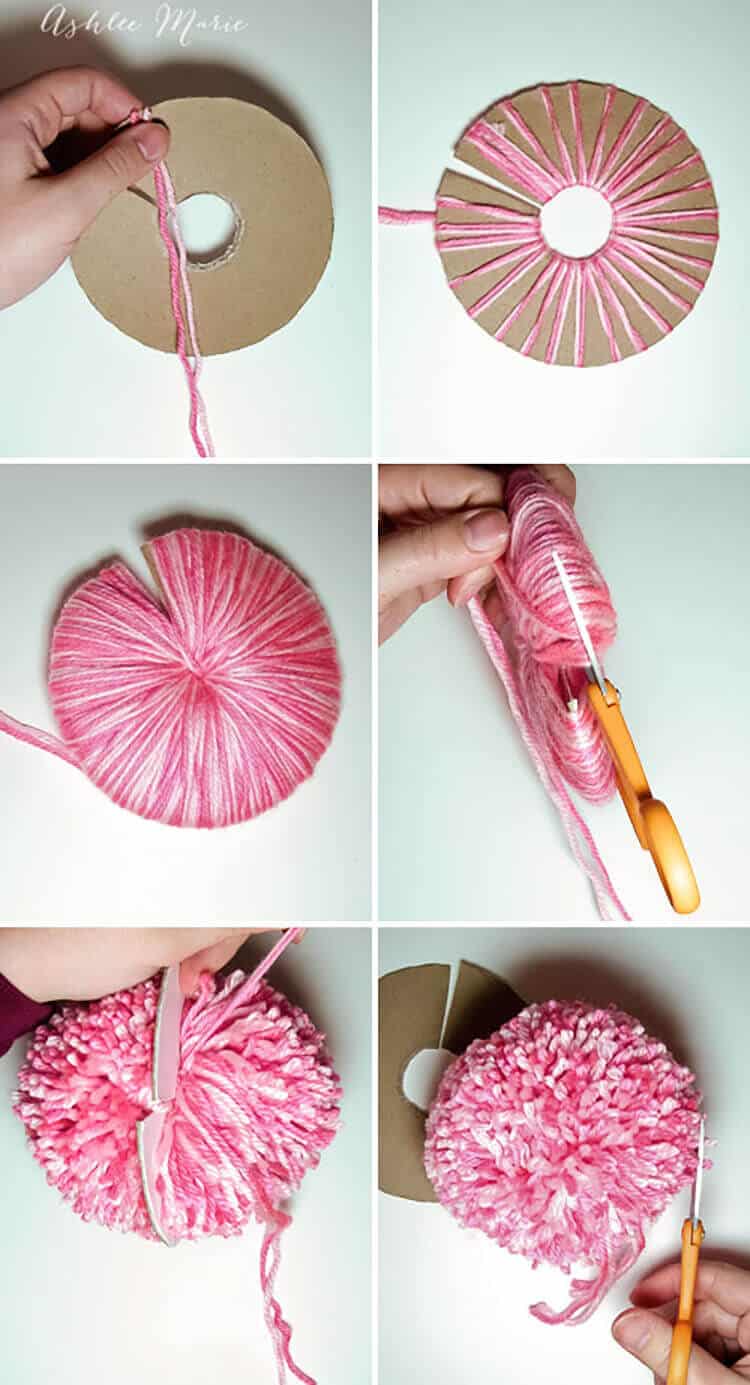 Keep wrapping and wrapping, trying to wrap as evenly as possible.  Until the center hole is FULL.  Then cut the outside edge, along the cardboard circle.  Pull one side away from the cardboard giving you space to tie more yarn around the center.  Because I don’t want this falling apart I doubled the yarn AND tied two strands around.

Then pull off the cardboard circle (it may take a bit of twisting to get it off).  Finally trim the pom pom to be a nice circle (it tends to be a little oval at first).  I left the long strands from tying it to attach to the end of a long baby hat, but if you just want a pom pom you can trim those too!