So I’m finally feeling better and that means I get to catch up on doing tutorials for all the crafts I made while on So You Think Your Crafty but never shared! It’s been almost 4 months, but I hope some of you are still interested in some of the tutorials from WAY back when. I recently got a request for this one so I’ll share it first, but I have to warn you, I had a few fails with this one. It was the MOST frustrating craft I’ve EVER made and will NEVER try to make it again!  I do have half a bag of sand left and will have to come up with something else to make with this.

My first problem was the sand.  I bought play sand, safe for kids and all, but it was WAY too grainy for this project.  If you compare it to the sand they use for the REAL stuff it’s much finer.  And I think this process would work better with finer, softer sand.  But the goal was to take THAT bag of sand and turn it into DIY aqua-sand for easy birthday gifts for my kids friends. 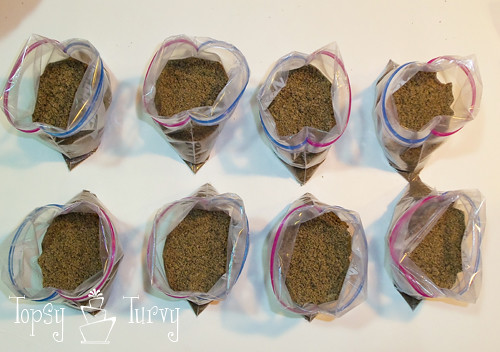 First up, dying the sand.  Easy peasy!  This party was a piece of cake.  I separated the sand out into quart sized bags.  I choose 8 colors I wanted to make, each bag has about 2 cups in it! 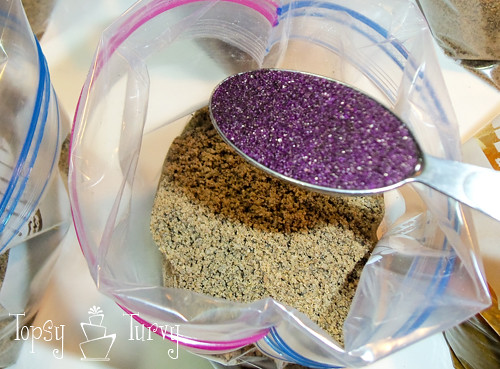 Then I added powder fabric dye, a table spoon worked GREAT for me! 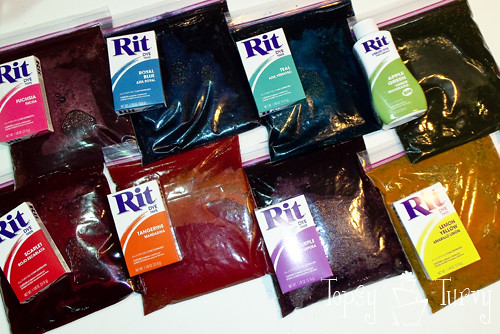 Fill each bag with enough water to just cover the sand, squeeze out all the air you can and seal the bags!  This is where the kids came in handy, they can knead the bags for you.  I left my bags sitting in the dye overnight, flipping the bags over and kneading them a bit every time I walked by the kitchen!  In the end I kind of wish I’d got for a slightly stronger color and done 2 tablespoons of the dye. Note: you can also use liquid fabric dye, but the dry powder is juts as easy to use and a bit cheaper. 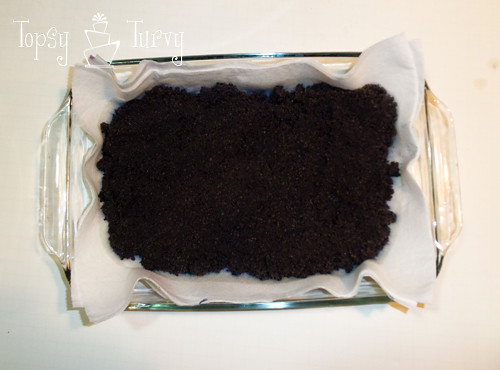 Now we want to DRY out sand out, I poured the sand into a ton of layers of paper towels, let it set, and then did it again (more paper towels) until it was as dry as I could get it with that method. 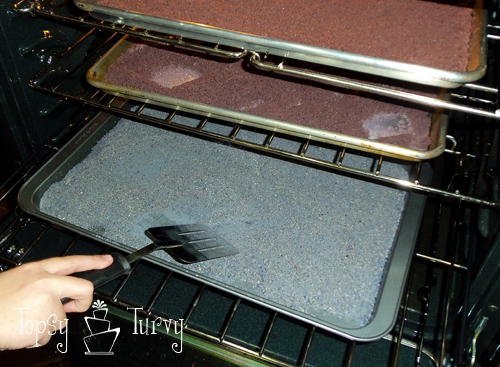 Now we need to dry it even more, it has to be COMPLETELY dry for the next step.  Spread out the sand and cook it in an oven on low, scraping and mixing every 10-15 mins.  This is one of the mistakes I made, not a fail, but a mistake!  I should have put foil down in the pans!  This method TOTALLY scrapped up my pans.  So unless you want to buy your Mother in law new pans, put something, ANYTHING down before this!  They are now my crafting pans, no more food is allowed on them. 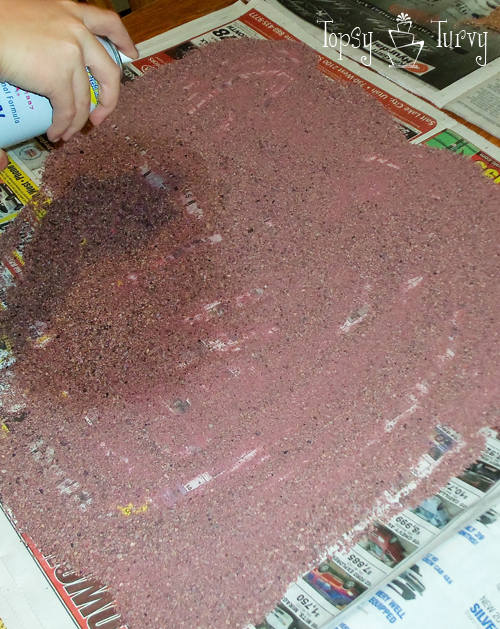 And finally the step that makes them “water proof”.  spread out the sand on newspaper and spray them well, saturating them, with Scotch gaurd or some waterproof silicone spray.  I tried both.  I wasn’t sure which one would work better, but after reading various recipes online I was sure one of them would work.  After the first layer dries, stir it up and spray again, mix spray mix spray.  The recipes all said that 3-4 layers would be enough. 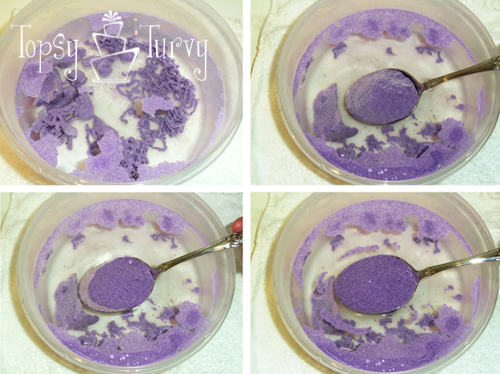 This is my fail…  It didn’t work!  GRRRR  it worked for a second or two, but didn’t STAY waterproof.  So I tried a few more layers of spray, it didn’t seem to matter which one I was working with, the scotch guard or the silicone sprays.  But instead of one can for a few cups I ended up adding more and more, going through 6 cans (and they are NOT cheap) for a few cups of sand!  It finally worked, but not as cheaply as I’d hoped for.  in the end it’s nicer sand and almost the same cost to go with the store bought stuff.  BUT my kids had a GREAT time making it with me, they still enjoy playing with it (even though it still eventually stops working and turned into just fun colored sand!) 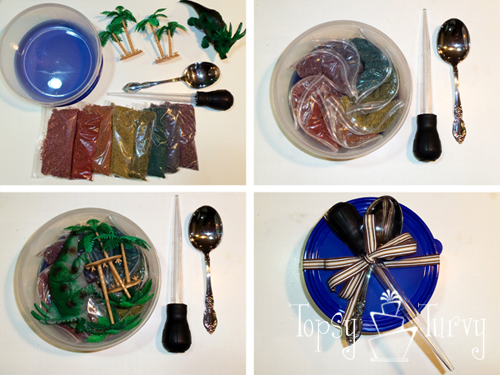 So while we won’t be using it for gifts for our friends we will be enjoying it as a family.  We did make this the same week as my son’s birthday so it was a great present for him from his older sister (who helped me).  She helped me bag it all up, she picked the toys herself, and helped me put all the sand and toys together in the Tupperware!   He loved it, we all had a blast with it, but I’m still discouraged that it didn’t work as well as I’d hoped it would!