So this is our last post for the Tinkerbell party!  We’ve shared the decorations, the red rock cake pops, green storm cloud cotton candy, sunflower truffles and the Gruff cake.  The final character is our FAIRY, Fawn, an animal fairy.  She got a new look for this movie, she went from a long thin french braid to this big, thick, full twisted braid. So I KNEW I wanted to have a braided food item. 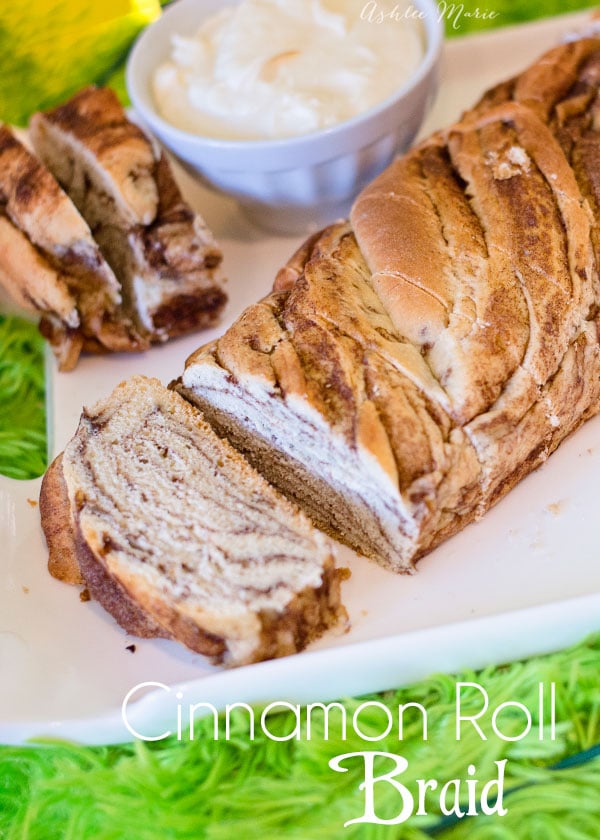 I was originally going to go with a bread… But bread can get heavy and we already had a lot of food, so I went with cinnamon rolls that I turned into a twisted loaf.  Cinnamon rolls are a lighter dough (and let’s face it any chance to have a ton of cream cheese frosting on something and I’m gonna say YES! 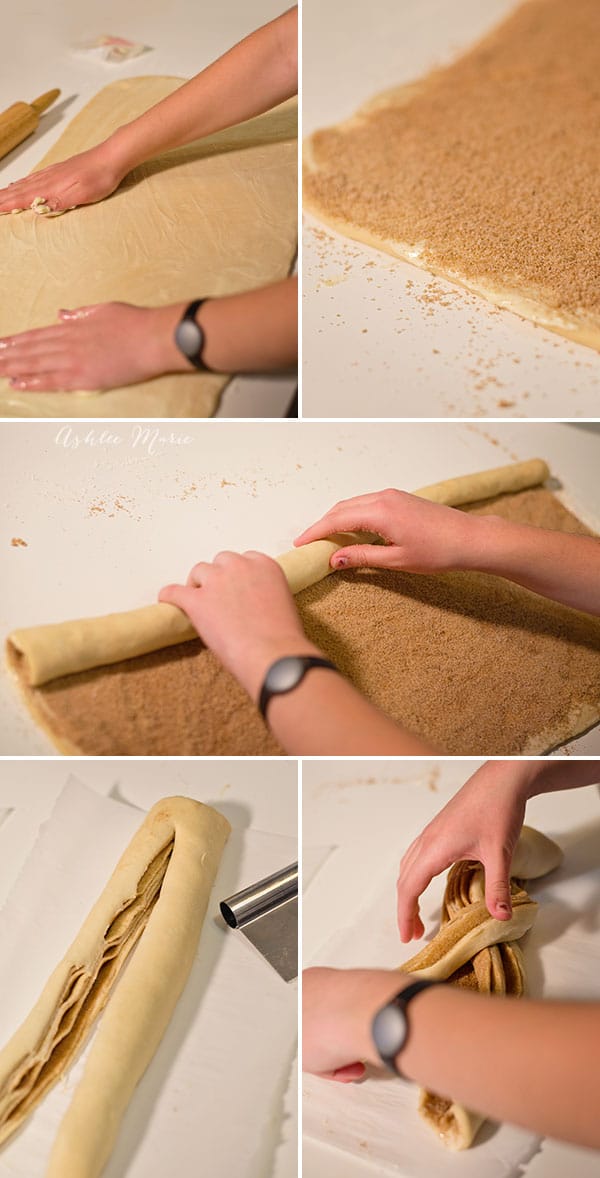 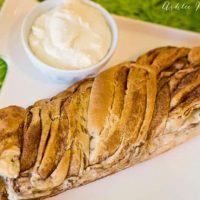 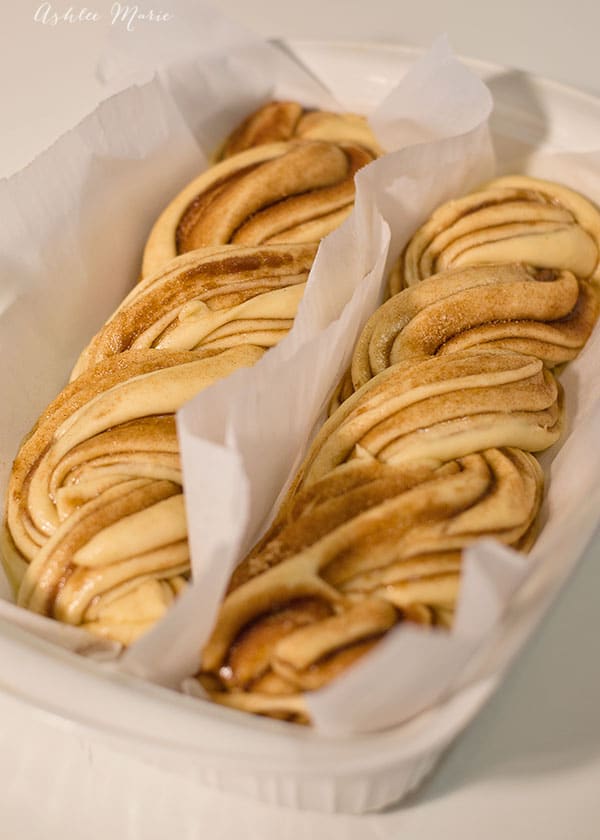 Look how pretty it looks raw!  This is after the 45 mins of rising.  It’s a toss up, if you cook it right away you’ll get more defined braids, but a denser one.  I decided to let them rise to get that lighter bread, and I thought the cinnamon lines would define the braids enough.

I don’t LOVE the cinnamon flavor to be super heavy, but if you LOVE cinnamon then by all means double what your adding to the sugar mixture.  But make sure your using brown and white sugar, that really gives that sweetness depth.  I’m a little obsessed with brown sugar for flavor. 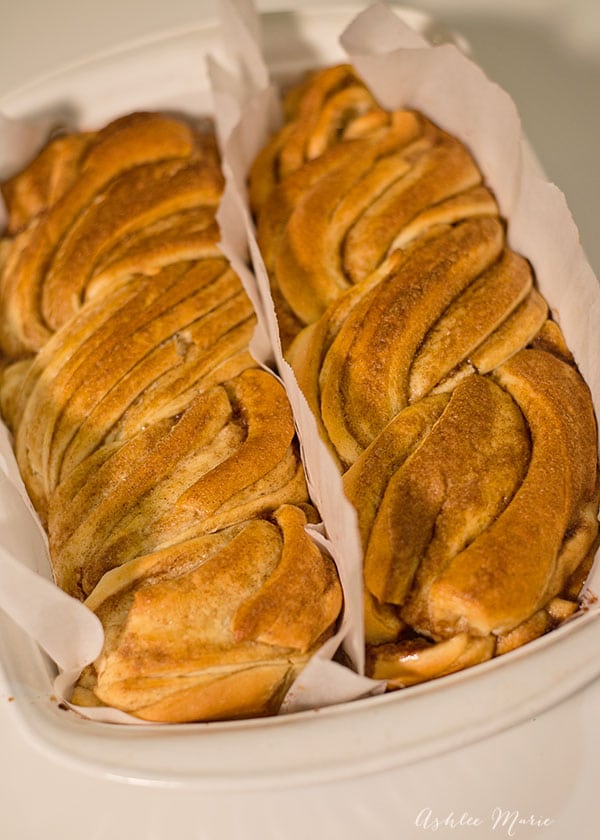 Mmmmm These braids were a huge hit.  Good thing the recipe makes two cause the first one was gone RIGHT away… the second one too. I actually made a double batch (so 4) but my husband and kiddo’s taste tested them for me before the party…  I made ANOTHER batch today, even my husband, who is kinda anti cinnamon rolls (weirdo) LOVED this and finished off the first one before I even tried any! 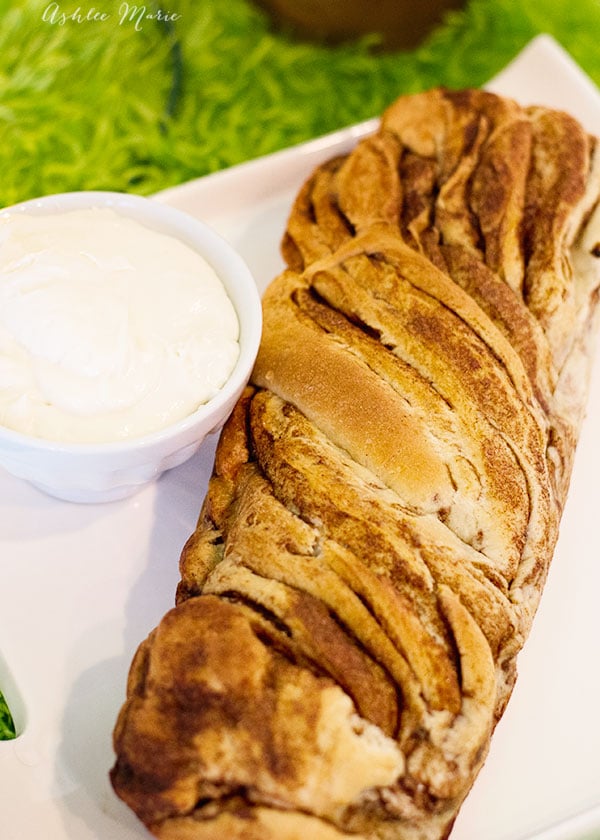