It’s done!  My room stencil is done and we’re moving into our room!  It only took a year!  My sister in law moved out of the extra two rooms in the basement last year and while I moved in to the office right away the bedroom has taken longer.  It’s been the thing we’ve been putting off in favor of more urgent things over and over again, but I finally got it done, and just in time for the baby to come! (warning: the color of the walls isn’t quite right, no matter how I worked in photoshop I couldn’t get it quite right!) 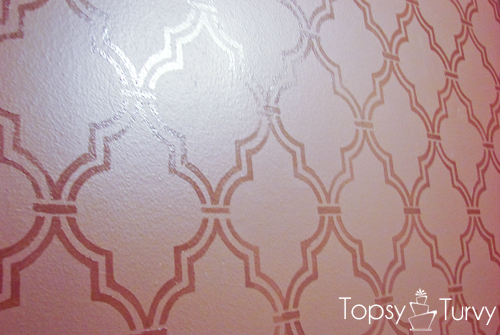 We actually had to start with getting the walls repaired and textured.  THEN I put up the trim, primed and finally did high gloss white on the trim, doors and ceiling.  Then picking the colors!  I considered grey because grey is so popular, BUT I kind of don’t like it.  I hate yellows, creams, and cool colors.  I like warms, so we decided to go with browns.  It actually took 3 days of playing with paint for us to decide what colors to work with. 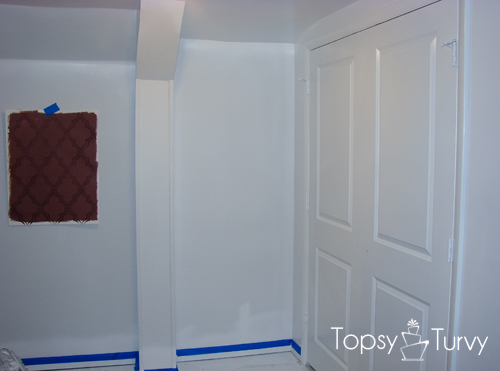 The base color is an eggshell dark brown that’s on the purplish side.  In the store it looks very purple, but in our small bedroom with no natural light it looks great!  We love it!  I was worried it would be a bit too dark and make the room feel closed in, but we decided to go for it anyway!  I actually took two colors of the brown a shade a part and mixed them to be our base color. 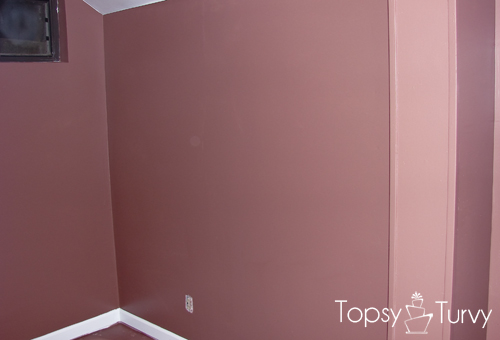 Now for the stencil…  I actually kept changing what I wanted over the past year, I’ve gone through different ideas, from a cherry blossom tree, to a stencil, to different kinds of stencils, etc…  Finally decided to go with a double trellis, BUT I didn’t want to hand pencil and then hand paint the entire room (pregnant…  not enough time before the baby came).  SO I decided to make my own stencil. 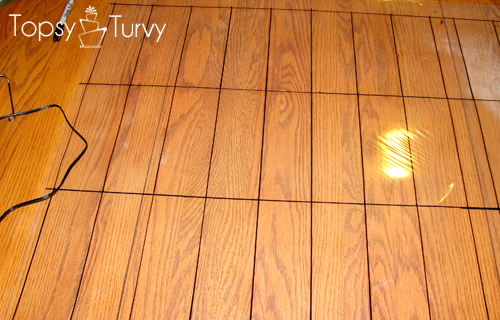 I started by designing the stencil on Photoshop, then I drew a grid onto the EZ-cut plastic I bought from PJ stencils.  I drew the grid so I could keep all the stencils in line, it’s so easy to get off track if you don’t. 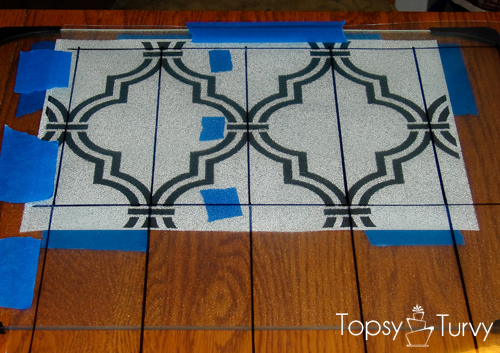 I originally planned on doing a 4×5 trellis, but it made the stencil too flimsy.  SO I changed it and cut every other stencil to make it stronger…  I know it doesn’t make sense, but when you see it down below on the wall you’ll get it (I hope). 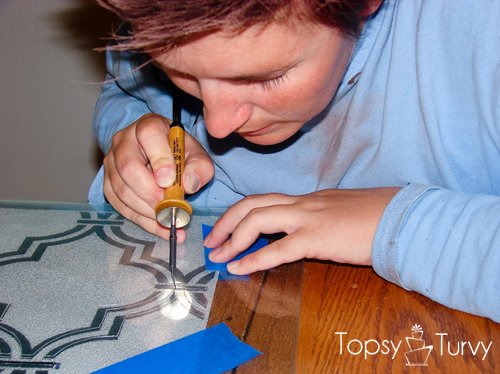 Using the stencils electric cutter I cut it all out!  It was amazing.  It totally cut quickly and easily, I did it all in one afternoon!  It was actually really fun to do, I love stuff like that!  popping out the plastic pieces after cutting was super fun too! 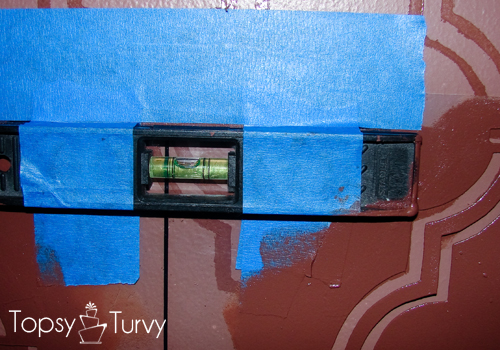 Kay, when I started painting the stencil I added a level to the top of the stencil and made sure it was level every time I painted.  clearly I didn’t take this picture until later.  (and back to the off color of the pictures- See how different the stencil color is on the picture above vs below?  And neither are quite right!) 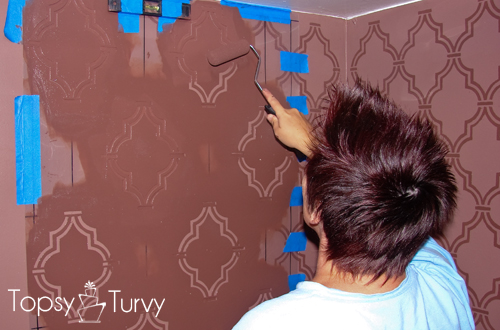 I used a small sponge roller to paint the high gloss layer on.  (remember how I said up above I used two shades of brown mixed for the under wall color?  So can you see what I was talking about with the stencil cut every OTHER stencil image.  Than you just move the stencil over one to fill in the voids.  Okay, I really REALLY hope that made sense to you guys. 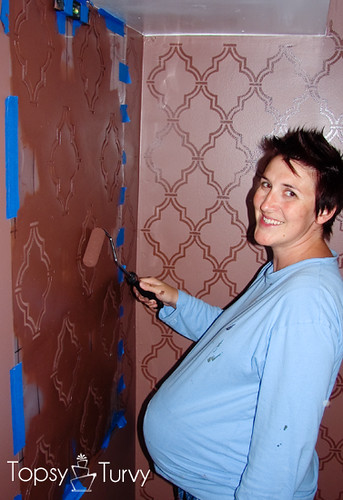 Well I used the darker shade in a high gloss for the stencil color, so the color is only supposed to be half a shade off, so the shine would really create the pop, but it ended a bit more extreme, but we really like it!!! (the above picture is probably the closest to the actual color of the walls… and yes, I’m 37 weeks pregnant here!) 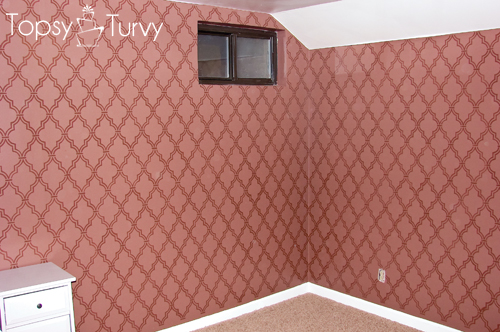 And it’s finished!  This is the corner where the bed is going to go…  (under our “window”). This room is so much smaller than our other room only one of our three dressers fits, we can’t fit our bookshelves (so I’m building my own shelves!).  Now I need to design a headboard of some kind….  Any suggestions? 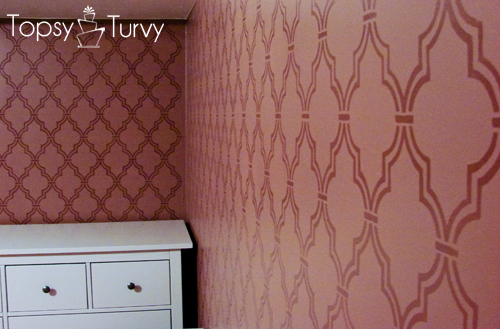 I’m thinking of doing a mirror wall over that dresser on the wall… Anything I can do to make this small room feel bigger!  Any other suggestions?  I’m also building a simple desk for my husband along with some more shelves for him.  So we’re not QUITE done yet, but we’re getting closer.  My husband got his clothes moved over before the baby arrived, but I still have to move over my stuff (but which ones? the normal clothes, the maternity clothes, the fat clothes?  ALL the clothes?)