I am so excited for this new series! I have been a bosch mixer user since before I was born. My Mom and Dad got theirs for a wedding gift and it’s still going strong! They replaced the blender once (it got dropped) and recently replaced the spur gear, and that’s it! My Mother in Law got hers as a wedding gift too and I used it the first few years we were married and the first year we lived here in UT when mine was in storage. 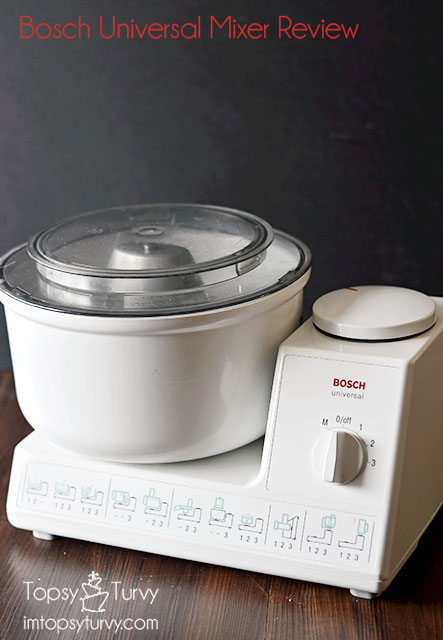 But FIRST, this week Bosch sent me a NEW universal mixer to play with so I could share some of the new features with you! You guys!!! I’m SO excited, not only to get to play with a new Bosch mixer, but they have made some really fun improvements (not that there was much to improve). 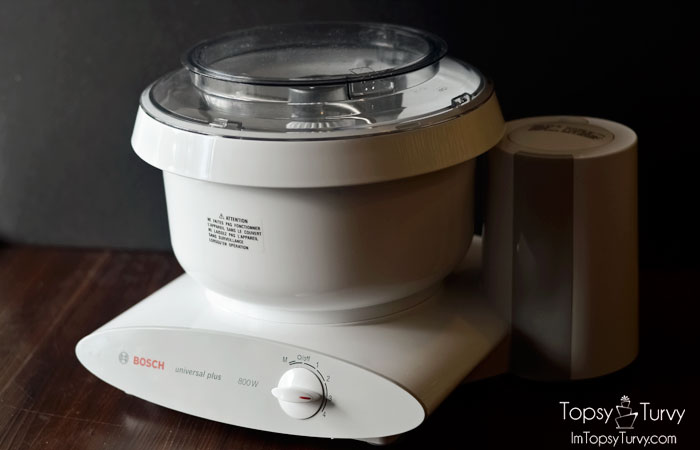 My favorite by FAR is that you can now twist and pop the bottom off and pull out the drive shaft to make cleaning easier. Seriously AMAZING! I went over to my sisters today and taught her how to do it and cleaned. It’s AWWWWWWSOME!!! 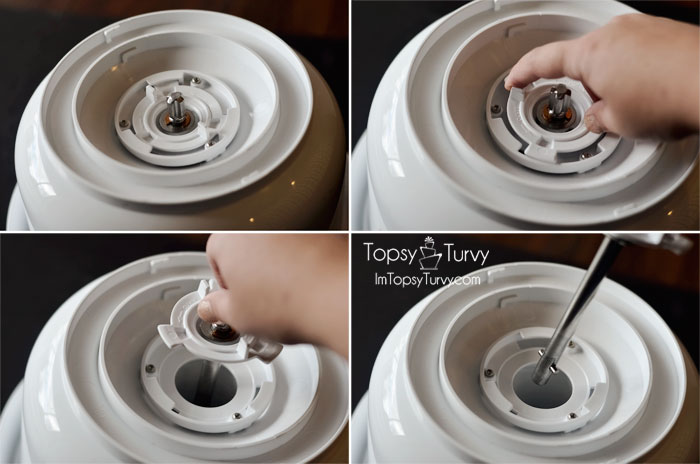 Last week after my post my sister asked why her new Bosch didn’t have a section to wrap the cord around. Turns out there is an open section in the bottom of the Bosch, you just push your cord back into (not that Betty has often been unplugged and had to USE the cord wrap around).

It also has SUCTION cups on the bottom and holds it even BETTER than it did before on your counter. And it’s more compact and sleek. 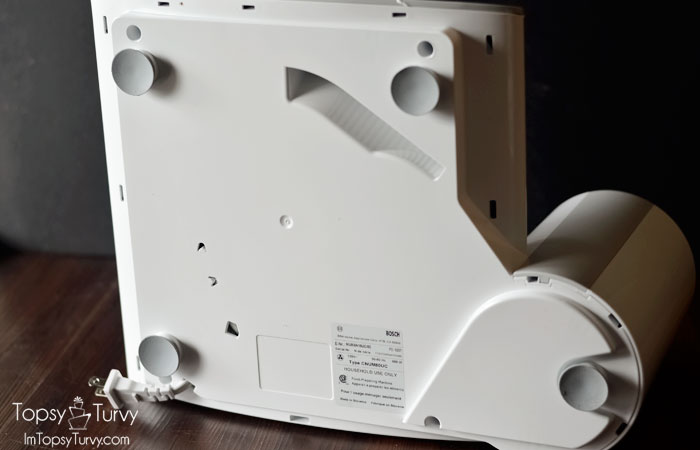 They also added a safety feature too, you HAVE to have the motor drive cover covering the blender motor or it won’t turn on. I’ve never come close to being hurt BUT extra safety is always a good thing, right?

Now I know a lot of you have loyal feelings for a kitchen aid (I’m so sorry) so I though I’d share some of the common reasons I’m given when I ask why people choose the kitchen aid over the bosch universal mixer (hereafter referred to simply as THE Bosch). For these examples I’m using the Kitchen aid professional 600 because it’s the only one that comes CLOSE to the power, ability and strength of The Bosch mixer.

Myth 1. The Bosch is so BIG

The kitchen aid is actually 5 inches taller, 2 1/2 inches deeper and weighs 10 lbs more (you’d think it would be more stable with those extra 10 lbs but I find it tall super wobbly compared to the shorter, squat Bosch). Also I can fit the dough hook, whisks, cookie paddles and batter whisks all in my bowl with the lid on to store everything, so it doesn’t take much room at ALL! 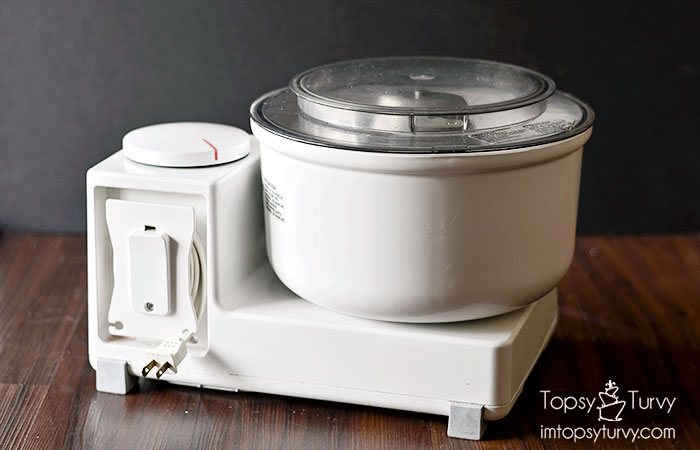 More than the GINORMOUS HEAD over the top of your bowl? or the HUGE beater that is always in the way when you try to scrape the bowl? Maybe I’m just a dork, but I can NEVER get the bowl off a kitchen aid without losing half the contents all over the counter and myself and end up swearing! The Bosch is easy to scrap the sides AND center without anything getting in your way (esp with the new, and awesome scraper).

And don’t get me started on the fact that you can’t COVER the kitchen aid, so flour is flying EVERYWHERE. The Bosch has a guard and a lid so NOT huge mess! As for the pretty part? Yes the kitchen aid comes in colors and is sleek, but give me a hard worker over showy ANY day of the week! (although mine is the old design, I think the new one is prettier, but Betty will probably outlast me so why replace her?)

Myth 3. They are basically the same thing, the kitchen aid is just prettier

NOT! The BEST kitchen aid out there is only 575 watts, while The Bosch is 800 watts. It’s just over HALF the strength! The Bosch has a larger 6.5 quart bowl, holds 20 cups of flour (vs 14) and can work 14 lbs of bread dough faster and better than any other mixer out there. In fact it kneads the dough and gluten so well you only need ONE RISE for your bread, that’s 90 mins to fresh bread! Not to MENTION is has an AMAZING blender (more on that in a few posts) 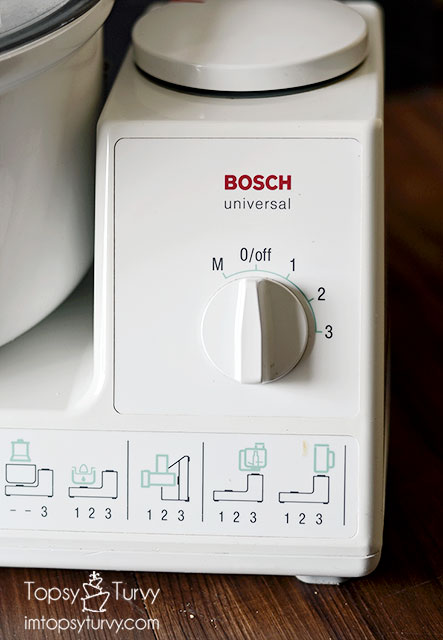 Myth 4. I don’t make bread so I don’t need a Bosch

Wrong again! I use Betty DAILY, period. Cookies, brownies, cake batter, frostings, shakes, dressings, mayo’s, grating (cheese, veggies, chocolate), whipping, beating eggs, grinding grains and nuts, breads and all other dough’s, etc… It handles 1/2 batches just as well as triple, quadruple or sometimes larger batches with ease. In fact I RARELY use it for bread, but it is often used more than once a day at our house. Recipes I make using my bosch

Myth 5. Yes, but I don’t own a food based business like you so I still wouldn’t use it much.
I used it daily before I started my cake business. I use it for cakes, yes, but also all my other desserts (you know how much I love desserts) but also dinners, breakfasts, homework assignments (it’s happened). Seriously don’t limit this amazing machine. 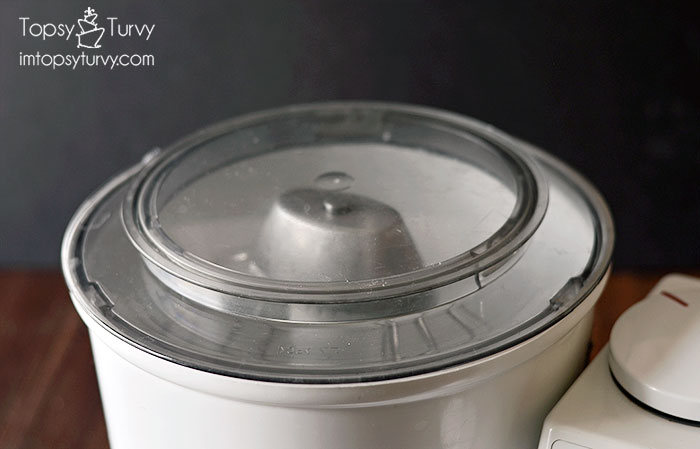 This is where comparing it to the professional 600 is key, We’ve already determined that the BEST kitchen aid out there isn’t even CLOSE to the awesomeness of The Bosch… RIGHT? and yet it’s MORE expensive than The Bosch. So when you say it’s too expensive your talking about the weak, not-even-worth-it kitchen aids, and comparing them is like comparing chocolate to broccoli- not even in the same worlds.

Don’t forget that you’ll replace your kitchen aid a few times, while the Bosch will mostly likely last you until your eating pureed food in a nursing home (and it will also puree your food with ease) and your great grandchildren will inherit it from you!  So cost more? I don’t think so!

While the kitchen aid has a few MORE attachments I wouldn’t say BETTER. I’m going to spend the next few week sharing some of my favorite Bosch accessories. If you have one you want to see let me know!  I’m super excited to get myself the sifter… 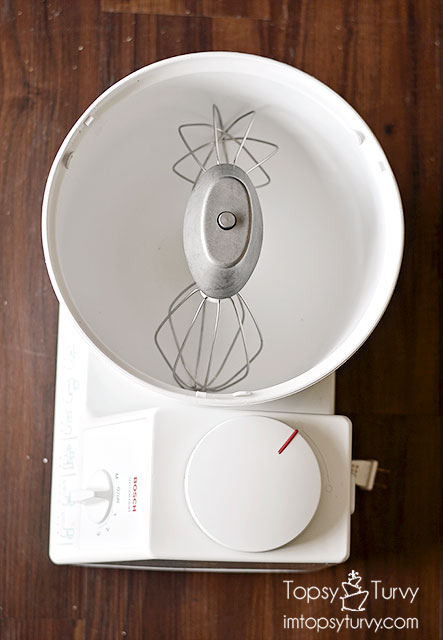 If your main concern is that you don’t need to make big batches (hello 6 loafs of bread in ONE DAY! who doesn’t NEED that) they do sell a compact mixer, 400 Watt Motor, 4 speeds, 6 lbs of dough, 4 quart bowl… That’s not as strong as the largest kitchen aid, but stronger than the smaller versions. I’ve never used it but I’m going to say it’s pretty awesome itself (it even has blender, shredder/slicer and meat grinder attachments too. It’s so cute and little! Prob the future going-to-college gift for my kids!

except for the dough hook it’s all dishwasher safe… EASY PEASY! 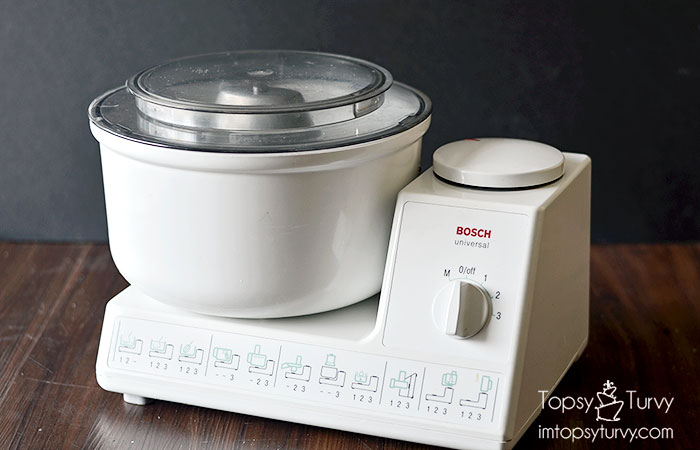 I bought my own bosch universal mixer years ago, and I’m sharing it because I love the machine. Bosch did send me a new machine (AFTER I wrote this post) to try out, with no expectation to write about it. I am not being compensated for this review. but I am an affiliate and if you click over and buy something I do make some money, just FYI